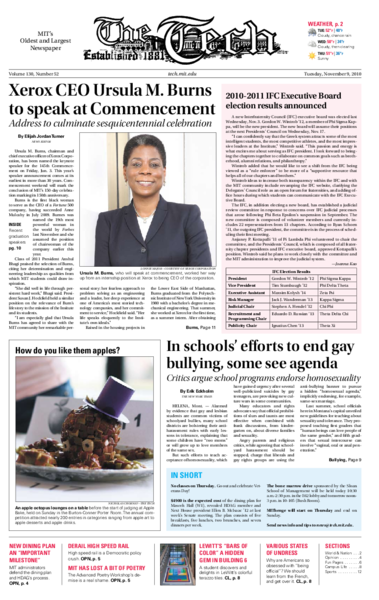 In schools’ efforts to end gay bullying, some see agenda

HELENA, Mont. — Alarmed by evidence that gay and lesbian students are common victims of schoolyard bullies, many school districts are bolstering their anti-harassment rules with early lessons in tolerance, explaining that some children have “two moms” or will grow up to love members of the same sex.

A new Interfraternity Council (IFC) executive board was elected last Wednesday, Nov. 3. Gordon W. Wintrob ’12, a member of Phi Sigma Kappa, will be the new president. The new board will assume their positions at the next Presidents’ Council on Wednesday, Nov. 17. 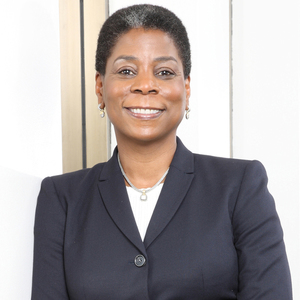 Ursula M. Burns, chairman and chief executive officer of Xerox Corporation, has been named the keynote speaker for the 145th Commencement on Friday, Jun. 3. This year’s speaker announcement comes at its earliest in more than 30 years. Commencement weekend will mark the conclusion of MIT’s 150-day celebration marking its 150th anniversary.

WASHINGTON — Prospects for Congress to authorize repeal of the “don’t ask, don’t tell” policy face new uncertainties as time runs out for the Senate to act and strong objections remain among Republicans and the most senior ranks of the military.

Connecticut jury imposes death penalty for a killer of three

NEW HAVEN, Conn. — A jury voted Monday to impose the death penalty on a habitual criminal who took part in a home invasion in Cheshire, Conn., that left a woman and her two daughters dead, a crime of such inexplicable cruelty and randomness — the family was apparently chosen after being spotted in a shopping center parking lot — that it upended a debate about capital punishment.

In the 10 years they have been together, Charissa Benjamin and her Serbian husband have always flown from their home in Washington to spend the winter holidays in the warmth of her native Antigua.

A pesky low pressure, still lurking off the coast of Cape Cod, will maintain cloudy skies over the region. Northerly winds will also continue, ushering in some cool air from Canada. This will keep highs near 50°F and lows near 40°F. Along with the cloudiness, some spotty showers will persist through Wednesday, but daily rainfall amounts should remain under 1/4 of an inch. The low pressure will slowly move off into the Atlantic. In its wake, sunny weather will return for Veterans Day along with a gradual warm-up into this weekend.

At legal fringe in Florida, empty houses go to the needy

NORTH LAUDERDALE, Fla. — Save Florida Homes Inc. and its owner, Mark Guerette, have found foreclosed homes for several needy families here in Broward County, and his tenants could not be more pleased. Fabian Ferguson, his wife and two children now live a two-bedroom home they have transformed from damaged and abandoned to full and cozy.

NEW DELHI — By endorsing India for a permanent seat on the U.N. Security Council, President Barack Obama on Monday signaled the United States’ intention to create a deeper partnership of the world’s two largest democracies that would expand commercial ties and check the influence of an increasingly assertive China.

In 2007 the Institute convened a Blue Ribbon Committee to study dining at MIT. Last spring, the students and faculty Housemasters of the House Dining Advisory Group (HDAG) issued their final recommendation for a new dining program in the residences with dining halls. And last week, the director of Campus Dining issued a Request for Proposal (RFP) to food service companies to operate this system.

Poets, why do poems matter?

Poets, why do poems matter? 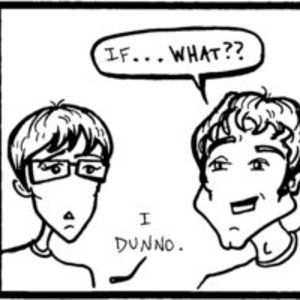 Ever felt out of words? Been so angry you went mute? Been in love?

In his November 2, 2010 Opinion piece “The intimate civic duty,” Russell Rodewald misuses a Guttmacher Institute statistic — that half of women having abortions used contraception in the month they became pregnant — to make the claim that birth control is ineffective in preventing unintended pregnancies and abortion. This is a fundamental misunderstanding of the statistic.

We all have policy crushes. For Republicans it’s ending earmarks — you can point out a million times how inconsequential earmarks are in the grand scheme of the federal budget, but if your audience is John Boehner or Tom Coburn, you might as well be speaking to a wall. For myself, it’s nuclear power — so what if natural gas is currently so cheap that nuclear has no practical hope of being economical? It’s the principle of the thing, and the principle of nuclear power is that it’s the sexiest way of generating electric charges ever conceived by man. 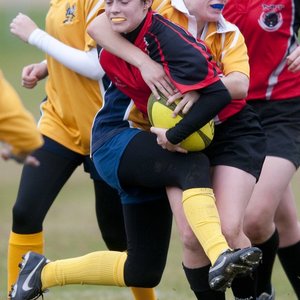 In the New England regional finals this past Saturday, the MIT Women’s Rugby team fell to Bentley 29-15 in 80 minutes of play. As a result, they have ended their run in the playoffs and will be unable to defend their national title this year.

The MIT field hockey played in the NEWMAC semifinals and finals this past weekend at Babson College in an attempt to defend its conference title. They defeated Wheaton 6-1 in the semifinals, but fell to Babson by the same score in the conference final.

On Saturday, both the men’s and women’s soccer teams played in their conference semifinals. Neither team, however, could pull out a victory and advance to the NEWMAC finals.

MIT’s women’s volleyball team lost to Springfield College in the NEWMAC Semifinals, 25-23, 25-21, and 25-13. The Engineers finished the season with a record of 21-14. In the first set Springfield started with a 6-0 lead, but MIT fought back, gaining a 14-13 lead in the middle of the set. The second was closer in score, but after an attack error from the Engineers, Springfield took another win, giving them a 2-0 lead over the Engineers. In the third set, MIT kept the score close to Springfield, but ultimately Springfield took the win, ending the Engineers’ playoff run. Kelly E. Schulte ’12 tallied eight kills, two aces, and two blocks and Trinity P. Leonard ’13 posted seven kills and eight digs in the losing effort.

A tale of French bravery and American cowardice

I’ve always been perplexed by all the rules and conventions of dating the American way. I don’t understand how “it’s complicated” ever came to be a relationship status, and I don’t understand why people would pay to read books or see movies based around making women realize that guys are not that into them. 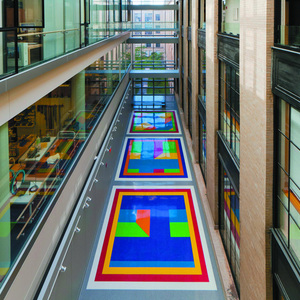 It was the middle of September 2010, and I was still the wandering freshman beguiled at everything MIT presented — from the snake–y tunnels to the TEAL classes and even to the problematic problem sets! 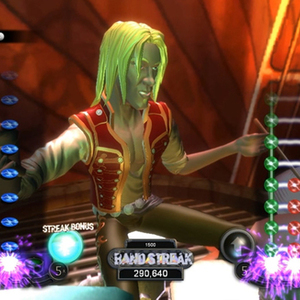 Seven45 Studios released <i>Power Gig: Rise of the SixString</i> released October 19, an indie developer’s first toe–dip into the rhythm game swimming pool. By far the most intriguing aspect of <i>Power Gig</i> is the revolutionary use of a bona fide electric guitar as the primary controller for guitar gameplay, a first at time of release with some serious implications.

The newly-released game, Power Gig: Rise of the SixString, features a game controller that also functions as a standalone guitar.
Courtesy of Seven45 Studios

Sol LeWitt’s “Bars of Color within Squares” is a place of contemplation for a freshman.
Sam Range—The Tech File Photo

Ursula M. Burns, who will speak at commencement, worked her way up from an internship position at Xerox to being CEO of the corporation.
Lonnie Major—Courtesy of Xerox Corporation 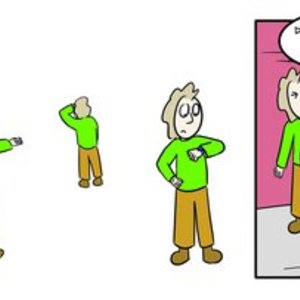 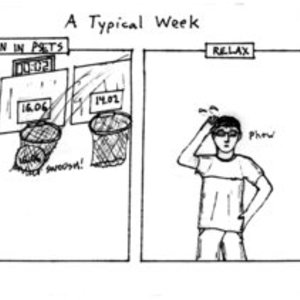 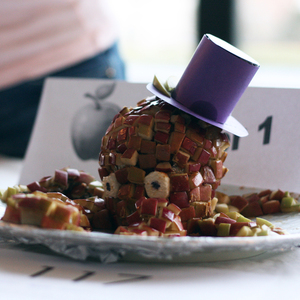 An apple octopus lounges on a table before the start of judging at Apple Bake, held on Sunday in the Burton-Conner Porter Room. The annual competition attracted nearly 200 entries in categories ranging from apple art ...
Nicholas Chornay—The Tech 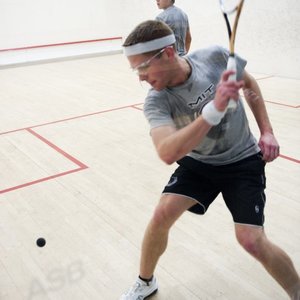