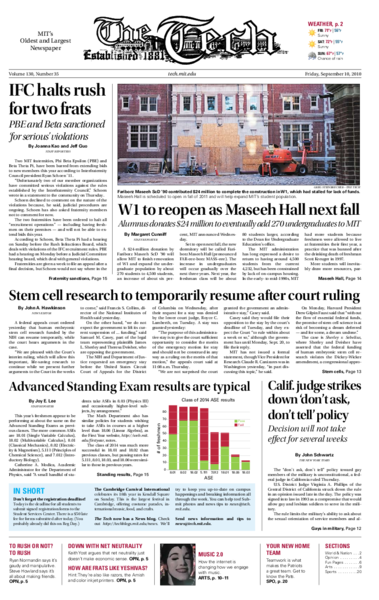 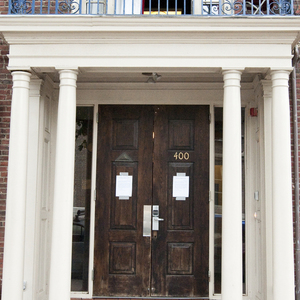 The “don’t ask, don’t tell” policy toward gay members of the military is unconstitutional, a federal judge in California ruled Thursday.

W1 to reopen as Maseeh Hall next fall

A $24-million donation by Fariborz Maseeh ScD ’90 will allow MIT to finish renovation of W1 and expand the undergraduate population by about 270 students to 4,500 students, an increase of about six percent, MIT announced Wednesday.

In the past month, the MIT Police have reported several cases of breaking and entering in campus residences, according to a crime alert bulletin yesterday from Sergeant Cheryl Vossmer.

A front page article on Tuesday gave the wrong number for the reduction in MIT Libraries operating hours. The five libraries lost a combined 47.5 hours, not 27.5 hours.

CONCORD, Mass. — Gwen Acton thought the dime-sized translucent pods she saw on her Sunday swim in Walden Pond were strange, beautiful seeds that had drifted down to the water surface from some flowering plant.

More squeezing in dorms this year

Crowding in dorms across MIT remains a problem. This year, 133 students are in crowds across six dorms: McCormick, Baker, Burton-Conner, New House, Next House, and East Campus. East Campus has crowded doubles, Baker has crowded quads, and the other four dorms have crowded triples. There are “official quads” in Baker in addition to the overflow quads.

A federal appeals court ordered yesterday that human embryonic stem cell research funded by the NIH can resume temporarily, while the court hears arguments in the case. 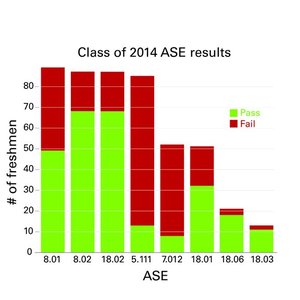 This year’s freshmen appear to be performing at about the same on the Advanced Standing Exams as previous classes. The more common ASEs are 18.01 (Single Variable Calculus), 18.02 (Multivariable Calculus), 8.01 (Classical Mechanics), 8.02 (Electricity &amp; Magnetism), 5.111 (Principles of Chemical Science), and 7.012 (Introductory Biology).

A federal appeals court on Thursday upheld a lower-court ruling striking down ordinances adopted by Hazleton, Pa., that banned illegal immigrants from renting housing or being employed there.

Florida minister wavers on plans to burn the Quran

GAINESVILLE, Fla. — Terry Jones, the Florida minister who set the world on edge with plans to burn copies of the Quran on Sept. 11, said Thursday that he had canceled his demonstration because he had won a promise to move the mosque near ground zero to a new location.

A year after a disastrous 27 percent decline that prompted layoffs, salary freezes and a halt to some campus expansion, the Harvard endowment on Thursday reported an 11 percent increase in its $27.4 billion portfolio for the fiscal year that ended June 30.

BOULDER, Colo. — Federal fire managers said firefighters have the Fourmile Canyon Fire west of Boulder about 40 percent contained and that good progress against the blaze was made Thursday.

A surge of interest in hiring Republican lobbyists

WASHINGTON — With Democrats in danger of losing control of Congress, some prominent lobbying shops, trade groups and contractors are already moving to bring more Republicans on board to bolster their political fortunes.

Cool and clear <br />for the weekend

A high pressure system will again bring sunshine to the Boston area this weekend. High temperatures will remain in the high 60s and low 70s °F, however, with the persistence of clouds early this morning as well as the arrival of cool northern air tomorrow during the day. While these temperatures are a bit cooler than those we have been used to the past few weeks, they are close to normal for this time of year. September often marks the time of year at which temperatures begin to fall with the arrival of autumn: The normal high temperature for September 1 in Boston is 9.2°F higher than the normal high for September 30. Certain events associated with warm weather are still possible, however. For instance, on this date in 1954, Hurricane Edna dumped 5.64 inches of rain in Boston.

BAGHDAD — Four of the most dangerous prisoners in Iraq escaped overnight on Wednesday from American custody in a heavily fortified prison on the edge of Baghdad, an embarrassing security breach that led to an intensive manhunt, American and Iraqi officials said Thursday.

Why no freshman should accept a fraternity’s bid

By this point, the frivolous spending of FSILG rush is almost over. In the real world, people driving around in vans with blacked out windows trying to pick up freshmen would be creepy. In the real world, spending hundreds of thousands of dollars in a week on trips, food, and Segways would be considered brash and spendthrift. In the real world, using all of those purchases to convince someone to join your club is called “bribery.” But here at MIT, it is the norm for fraternities to recruit members by taking advantage of freshmen’s unfamiliarity with their campus living groups.

Net neutrality is a broken concept

Suppose the Federal Communications Commission (FCC) stood up one day and declared, under a law written 76 years ago, it has the authority to regulate the delivery of newspapers. Shortly after making this proclamation, the FCC chairman announces he has decided how newspaper delivery will be regulated — rather than letting the use of our finite news transportation supply be prioritized by competitive, free market bidding, he will instead institute a one-size-fits-all rule: Delivery companies must deliver the news in the order it is received and charge all customers an equal price. The chairman calls his model “Newspaper Boy Neutrality.”

Rush is a valuable addition to campus life

Ryan Normandin is severely misinformed on rush, spending, and fraternities in general. He is not a member of a fraternity, so I cannot expect him to understand, but his ignorance could cause many people to make a bad decision.

On rush and razors and yeshivas

One of Keynes’s less emphasized ideas was to make economists “humble” and “competent people, on a level with dentists.” In addition to macroeconomic forecasts, they could provide analysis to our day-to-day lives. Keynes’s idea, however, is objectionable on many levels. First, my personal experience with dentists has been one of arrogance and control rather than of deference to the patient. Second, in light of the economic crisis, many people would question if economists are even capable of competence; economists have already led the world into a major recession, imagine the carnage if they took control of our intimate surroundings too.

FILM REVIEW This one is for the gamers

<i>Scott Pilgrim vs. The World</i> is one of those movies that you’ll either hate or love. People who are into manga and video games will have a lot of fun with this movie. However, those who have no connection to such worlds will likely find the movie to be over the top and nonsensical. That said, as far as gaming-related movies go, this blows <i>The Wizard</i> out of the water.

One of the most highly anticipated movies of the summer, <i>The Expendables</i> is a collaboration and celebration of 80s and 90s action stars who have united in one movie with a sole purpose: make as much money as possible.

<b>I</b><b>’ve been a digital groupie of many a band over the years. </b>Back in the late 90s I tape traded Phish, Dave Matthews, and Grateful Dead shows. I don’t mention it to most people now because Birkenstocks are out and it was awfully OCD, but it was my main hobby in high school. I’d find other fans on bulletin boards and we’d exchange addresses, burn a bunch of CDs and two weeks later, I could put on my headphones and hear something no record store carried. These listening sessions — think staying up late on a school night and sneaking a beer from the garage fridge — were some of my fondest memories growing up. Most of the time the songs were the same, but that wasn’t the point. I grew to love every nuance. I became a collector. In the same way that a band evolves from practicing the same material and playing together, so did my experience as a fan. This is the show where they did the six-minute vacuum cleaner solo. This is the show where Phish covered the White Album on Halloween.

As best as these things can happen, he was the Cincinnatus of our musical world. Born November 5, 1940, in Tackley of Oxfordshire, England, Anthony Rolfe Johnson came relatively late to music, spending the majority of his twenties as a farmer, beginning his formal training at nearly thirty years of age at the Guildhall School of Music in London. Initially unable to even read music, Mr. Johnson eventually learned, continuing on to study with Benjamin Britten’s partner, Peter Pears, and making his operatic debut in 1973.

When I moved from the homeland of future Washington Nationals’ star Chien-Ming Wang (that would be Taiwan) to New England ten years ago, I suppose the Patriots were my “new home team”. However, sports loyalties are complicated. My father converted (some people would say “matured”) from a Yankees fan to a Red Sox fan over the course of his life, and I’m still not sure how he did it. As the Red Sox falter this year, I make concerted efforts to attach myself to a playoff-bound National League team (the Phillies); I wear the hat, follow them in the standings, but still struggle to attach myself to this team.

The field hockey team won 4-1 on Tuesday afternoon at Lasell College to remain undefeated at 3-0 this season.

Notices on PBE’s door inform freshmen that there will be no more rush events.
Jeff Guo—The Tech 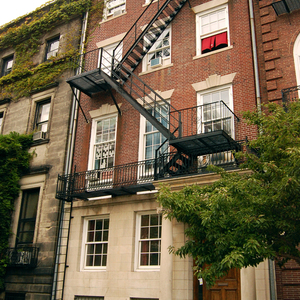 Beta Theta Pi was brought before the Rush Infractions Board on Sunday.
Nikita A. Khlystov 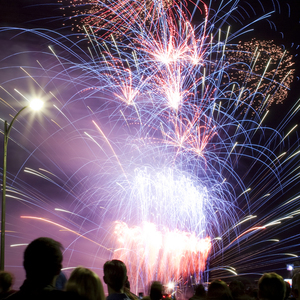 To enjoy the Boston Pops’ July 4th concert and the fireworks, thousands of people gathered on the Cambridge side of the Charles River across from the Esplanade
Nora Vrublevska

Fariborz Maseeh ScD ’90 contributed $24 million to complete the construction in W1, which had stalled for lack of funds. Maseeh Hall is scheduled to open in fall of 2011 and will help expand MIT’s student population.
Greg Steinbrecher—The Tech 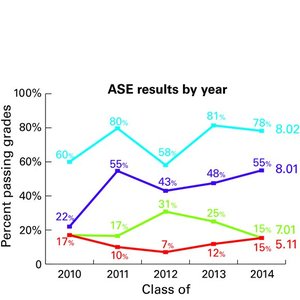 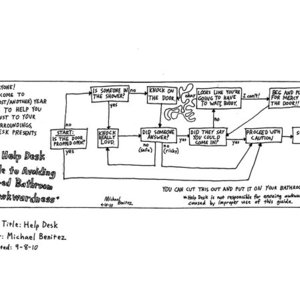 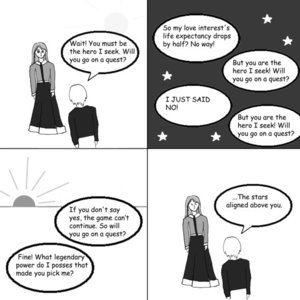 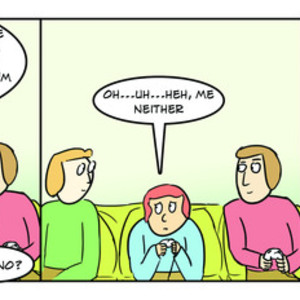 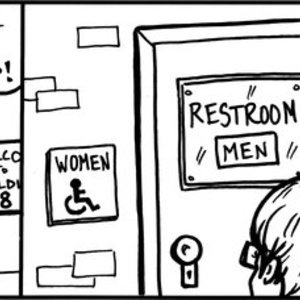 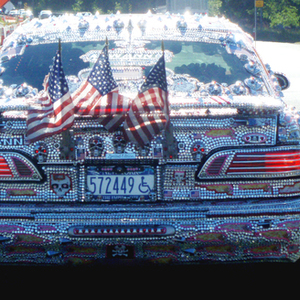 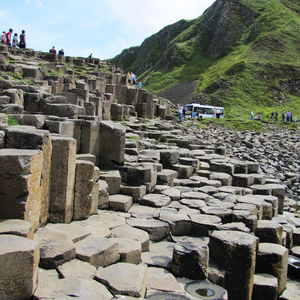 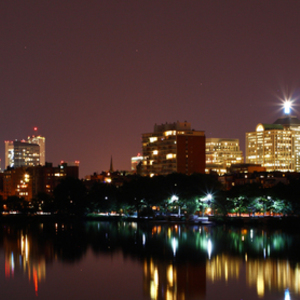 The Esplanade is seen from the Harvard Bridge at the end of August. The warm summer evenings were great for runners, walkers and everyone enjoying the spectacular views to and from the Esplanade.
Nora Vrublevska 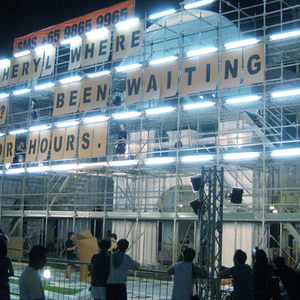 This interactive artwork at the Singapore Night Festival is called the “The World’s Slowest SMS Billboard.” Workers ran around frantically, hoisting and placing human sized cardboard letters onto the front of the five...
Aviv Ovadya—The Tech 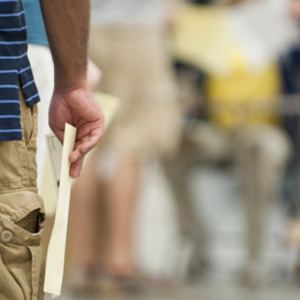 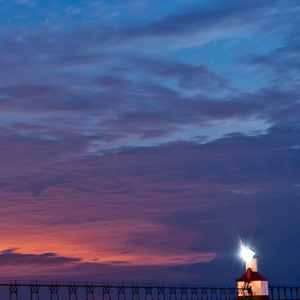 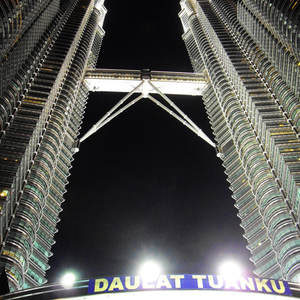 The Petronas Towers at night in Kuala Lumpur, Malaysia. The Petronas towers are the tallest twin buildings in the world, standing at 1482.6 feet.
Ethan SOlomon—The Tech 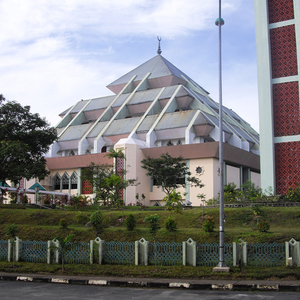 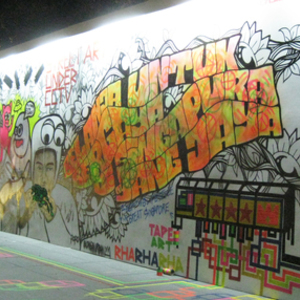 Three Indonesian street artists, Popo, Bujangan Urban and Rharharha, were brought in from Jakarta to create billboards for the 2010 “Night Festival” in Singapore. In addition to the traditional spray paint, they used ...
Aviv Ovadya—The Tech
All Photos From Issue