Since we are so deep in the midst of term, I consider it my duty to help inform some of my less-fortunate (ie, course VI) friends about what’s been happening in the world lately. I mean, when you’ve been coding and debugging for eighteen hours straight, looking for that one parenthesis you missed, or whatever the heck you do, the larger things that go on in the world just might not seem that interesting.

How many of you recall your very first semester at MIT? I’m sure you can’t forget it; you know, that one time long ago when you put minimal effort into your classes and ended up passing with that obscure letter P. Man, wasn’t pass/no record great? My young self thought naively at the time, “This place isn’t all that bad. MIT is a pretty darn fun place. People shouldn’t be complaining so much. All this complaining just coalesces into a negative stereotype of this place.” That is, to outsiders all we do is work and work. Yeah right … I laughed, and laughed some more when thinking about the truth. Then that fateful day came: second semester started.

Not Your Mom’s TV Dinner

Shortly after getting food poisoning on a day when I’d bought all my food on campus and long after deciding I hated cooking for just myself, my level of knowledge about the dark world of frozen and microwavable food began to skyrocket. One day when I was in a group looking at the frozen food options in LaVerde’s while trying to improvise dinner in the half-hour break between rehearsals, I impressed some friends with my knowledge of what you were or weren’t going to regret putting in your mouth. One even suggested that these skills could have a humanitarian bent, rather than just being kinda sad. Thus this column was born.

A Guide to the Joys of Frozen Foods

It's not that I don't know how to cook. No, I occasionally bust out the pots and pans and make enough ziti or latkes to feed a small army. It's not that I can't — it's just that I don't want to. And over the past three years at MIT, I've learned how to avoid it very well. A bit too well some might say.

By the end of last week's column I was cold, soaking wet, and alone in the streets of Moscow, faced with the prospect of spending my first night abroad desperately huddled up under some old cardboard in an entryway somewhere. But the good luck I'd had in navigating the public transportation system held up, and I didn't end up spending the night in the streets after all. Not that night, anyway. 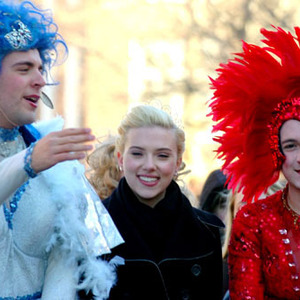