Lori H. Berenson, a former MIT undergraduate, gave birth to a baby boy named Salvador Anespori Apari Berenson Wednesday while serving a 20-year sentence in Peru for collaborating with the leftist rebels of the Tupac Amaru Revolutionary Movement, the Associated Press said. Berenson and the father of her son, Anibal Apari, a former member of the Tupac Amaru Revolutionary Movement, met in prison and were married in 2003.

The Undergraduate Association Senate passed legislation on Monday night creating a new UA Dining Proposal Committee charged with recommending “a comprehensive program that meets the needs of the MIT community,” according to the bill. The new committee will consist entirely of students and will develop a dining proposal at the same time the Blue Ribbon Committee on Dining, charged by the MIT administration with re-envisioning dining at MIT, aims to develop its own. 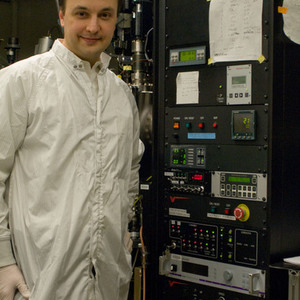 On Thursday night, four MIT faculty members were named MacVicar Faculty Fellows in recognition of their contributions to undergraduate education. They each receive $100,000 for educational activities and research.

MIT Endowment Has 3.2 Percent Yield, Even As U.S. Markets Slide

Despite the faltering economy, MIT’s endowment increased by $88 million, or 3.2 percent, according to figures for fiscal year 2008 released by the Massachusetts Institute of Technology Investment Management Company. The endowment now stands at $10.1 billion as of June 30, 2008. 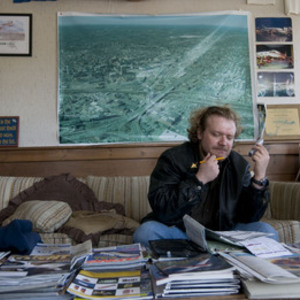 Next year, all fraternities hosting events with alcohol will be required to put three-fourths of their members through a new alcohol education program. The program, a 90-minute talk held in each fraternity’s house, is designed to get students talking about drinking.

After months of planning, building, coding, and troubleshooting, Team MIT arrived with its autonomous car at the finals of the Defense Advanced Research Projects Agency Urban Challenge on Saturday, Nov. 5 as one of 11 teams out of the original field of 89. The car — pushed to its limits — finished the race alongside only five of its competitors.

On Tuesday night, MIT met with the Cambridge Planning Board at the annual Town Gown meeting to report on its relationship with the Cambridge community, including the status of past and pending building projects. Lesley University, Harvard University, and Cambridge College also presented at the public meeting, which evaluates the institutions’ impacts on the community.

While most know about MIT’s slide into seventh place in <i>U.S. News & World Report</i>’s college rankings this year, some might be surprised to learn that in another magazine, MIT fell from first to 13th. This year, political magazine <i>The Washington Monthly</i>, which evaluates schools based on service to the country, ranked Texas A&M University first.

Imagine you are driving around town when you pull up to a stop sign. As you glance over at the car across the intersection, you are astonished to see that there is no driver. As the car makes a smooth right turn, you realize that the car is driving itself.