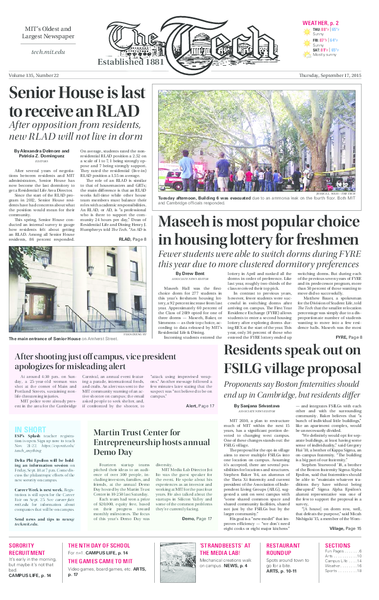 Fourteen startup teams pitched their ideas to an audience of over 300 people, including investors, families, and friends, at the annual Demo Day hosted by the Martin Trust Center in 10-250 last Saturday.

At around 4:30 p.m. on Sunday, a 25-year-old woman was shot at the corner of Main and Portland Streets, sustaining non-life-threatening injuries. 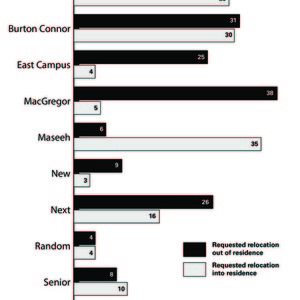 Maseeh is most popular choice in housing lottery for freshmen

Maseeh Hall was the first-choice dorm for 277 students in this year’s freshmen housing lottery, a 92 percent increase from last year. Approximately 60 percent of the Class of 2019 opted for one of three dorms — Maseeh, Baker, or Simmons — as their top choice, according to data released by MIT’s Residential Life &amp; Dining.

Senior House is last to receive an RLAD

After several years of negotiations between residents and MIT administrators, Senior House has now become the last dormitory to get a Residential Life Area Director.

MIT 2030, a plan to restructure much of MIT within the next 15 years, has a significant portion devoted to changing west campus. One of these changes stands out: the FSILG village.

A broad high pressure system will bring above-normal temperatures back to the Institute this week. With its center to our south, the high pressure system will bring clear skies and offshore winds to the Boston area for the next few days. Temperatures will near the 90°F (32°C) mark today as 10 mph westerly winds will keep cooler ocean temperatures literally at bay. Temperatures over the weekend will be slightly cooler as cloudiness increases ahead of an incoming cold front. The frontal passage will likely occur sometime on Sunday, ushering in a much colder start to the week on Monday. After the cold front passes, another high pressure system is expected to move in, resulting in a return to sunny skies for at least the first part of next week. 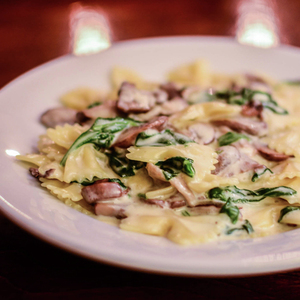 Parts of this article were first published on the author’s blog, Spilling the Beans.

The 4th annual Boston Festival of Indie Games (FIG) took place this past Saturday at the MIT Johnson Athletic Center, where more than 100 independent game developers, studios, artists, and animators gathered to showcase their work. The celebration attracted thousands of visitors who ranged from casual gaming enthusiasts to video game scholars.

The MIT sailing team opened its season competing in four different regattas over the weekend. Events began on Saturday with a fourth place finish in the Toni Deutsch Regatta, hosted by the Engineers. Other members of the squad finished sixth at both the Harry Anderson Trophy and the Pine Trophy, hosted by Yale University and the United States Coast Guard Academy, respectively. On Sunday, teams finished their respective races, which began the day before, while other Engineers sailed to a sixth and seventh place finish at the one-day FJ Invitational, hosted by Harvard University.

A pair of student-athletes from the MIT football team were honored for their play last Saturday by the New England Football Conference (NEFC) the league announced. Tucker T. Cheyne ’17 was selected as the Special Teams Player of the Week while Adis T. Ojeda ’19 was named the Rookie Offensive Player of the Week for their play against Becker College.

Greek life used to make me shriek. As a result of growing up in a southern college town, the words fraternities and sororities became synonymous to me with partying, money, and stupidity. Even though I viewed Greek life in a negative way, I still made the decision to go through recruitment this year. To be honest, I’m not really sure why. When people asked, I would tell them that sorority sisters form tight bonds and I was interested in that. But, I suspect I also saw it as some form of rebellion against my parents, who were not fans of the whole Greek Life culture. Whatever the reason was, the week of orientation, I entered my information onto the sorority recruitment page and was ready to go.

On numbers, and other existential crises 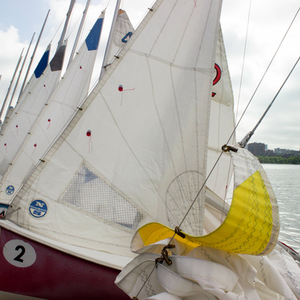 Saturday morning at the Sailing Pavilion dock is a lovely sight in and of itself, but with cloudy weather and twilight lighting, it’s even more serene. The water is silvery and sparkles in the sun while the city skyline is crisp. It really brings out the bright colors of the boats and sails. 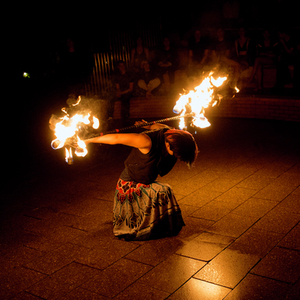 On Sunday, Sept. 13, students from the Spinning Arts Club performed with fire, staves, swords, and more at the Stata amphitheater.
Robert Rusch—The Tech 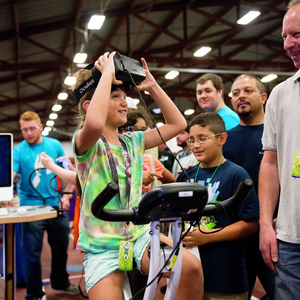 A girl finishes playing a virtual reality game that uses a stationary bike, a fan, and an Oculus Rift to simulate a motorcycle ride at the Boston Festival of Indie Games on Saturday, Sept. 12.
Robert Rusch—The Tech 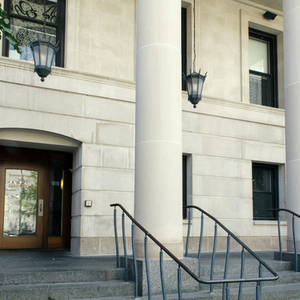 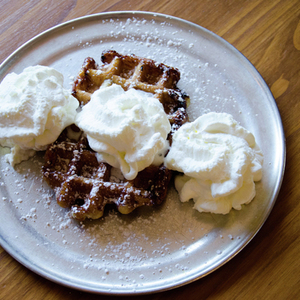 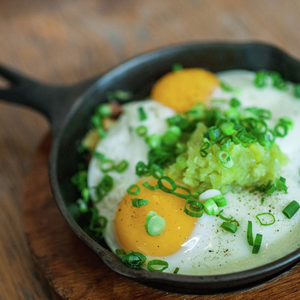 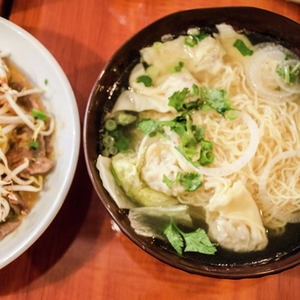 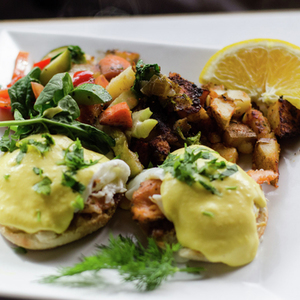 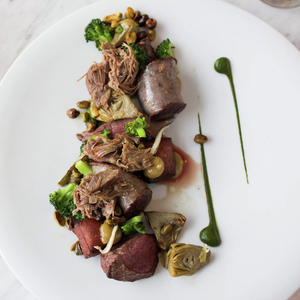 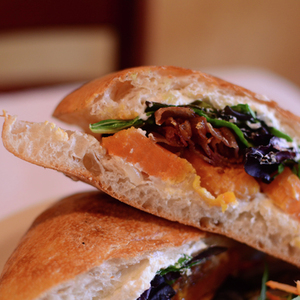 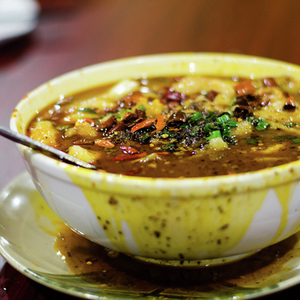 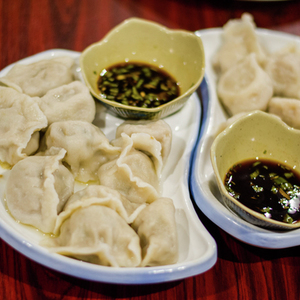 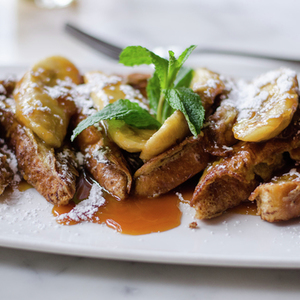 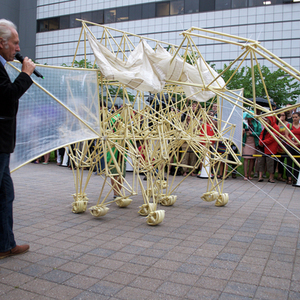 Theo Jansen displays his ‘Strandbeests’ at the Sept. 10 demonstration outside the MIT Media Lab. These creations are purely mechanical, wind-powered creatures that walk autonomously on PVC feet.
Jessie Wang 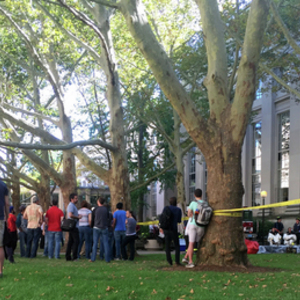 Tuesday afternoon, Building 6 was evacuated due to an ammonia leak on the fourth floor. Both MIT and Cambridge officials responded.
Jessica L. Wass—The Tech 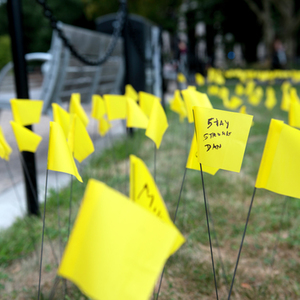 Yellow flags with names of those lost to suicide wave on Kresge Lawn. The display of 1,100 flags, representing college students lost each year to suicide in the United States, was set up by Active Minds on Sept. 10 an...
Vivian Hu—The Tech 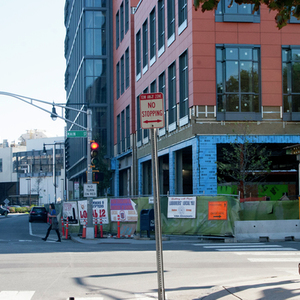 The intersection of Main Street and Portland Street, where a shooting took place on Sunday afternoon near the edge of campus.
Mahi Shafiullah–The Tech
All Photos From Issue