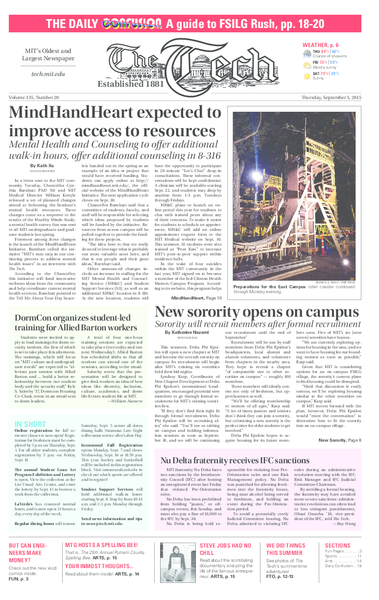 In a letter sent to the MIT community Tuesday, Chancellor Cynthia Barnhart PhD ’88 and MIT Medical Director William Kettyle released a set of planned changes aimed at bolstering the Institute’s mental health resources. These changes come as a response to the results of the Healthy Minds Study, a mental health survey that was sent to all MIT undergraduate and graduate students last spring.

Although Tropical Storm Erika dissipated before coming close to the United States mainland, the Atlantic hurricane basin is not entirely quiet. Earlier this week, Hurricane Fred became the first known tropical cyclone to strike the Cape Verde Islands while at hurricane strength in over 100 years. Fred passed through the group of islands in the eastern Atlantic on Monday with sustained winds of 75 mph (120 km/h)—strong enough to be considered a Category 1 hurricane on the Saffir-Simpson hurricane scale. Thus, Fred became the first known hurricane to impact Cape Verde since 1892.

Students were invited to apply to lead trainings for dorm security workers, the first of which is set to take place this afternoon. The trainings, which will focus on “MIT culture and undergraduate needs” are expected to “alleviate past tension with Allied Barton and … build a better relationship between our student body and the security staff,” Kyle S. Saleeby ’17, Dormcon Housing Co-Chair, wrote in an email sent to dorm leaders.

An article about the closing of the Metropolitan Storage Warehouse printed in last week’s issue of The Tech said that customers were to remove belongings from the building by Oct. 30; in fact, the majority of customers were not affected by the closing and do not need to move their belongings by that date.

This semester, Delta Phi Epsilon will open a new chapter at MIT and become the seventh sorority on campus. Its recruitment will begin after MIT’s existing six sororities hold their bid nights.

CORRECTION TO THIS ARTICLE: The Daily Confusion: 2015 FSILG Edition does not represent a comprehensive list of events hosted by every FSILG. Every FSILG was allowed to submit up to ten events by our publication deadline. FSILGs that did not meet our deadline were not included. The official and complete guide, provided by the IFC, is linked in the sidebar. The article has also been updated to include several omitted events from ILGs, which were received before the publication deadline.

Steve Jobs: A study in contrasts

If you’re a fan of Steve Jobs, you probably won’t like this incredibly unflattering documentary about the iconic tech innovator. For full disclosure, I’m typing this review on a Macbook Pro and I have an iPhone in my pocket, but after watching Steve Jobs: The Man in the Machine, I have to say, I sort of resent myself for purchasing them. To be fair, this documentary is incredibly opinionated, but after watching it you will certainly get a feeling that Steve Jobs was not a very nice person, to say the very least. 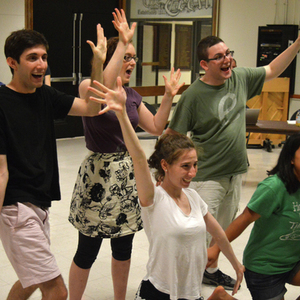 A glimpse behind the curtains

At the beginning of every fall semester, the MIT Musical Theater Guild (MTG) takes the stage in Kresge Little Theater to deliver a charming musical performance. This summer, MTG has been working on a production of The 25th Annual Putnam County Spelling Bee, a musical comedy telling the story of six middle schoolers as they compete to become a spelling champion. 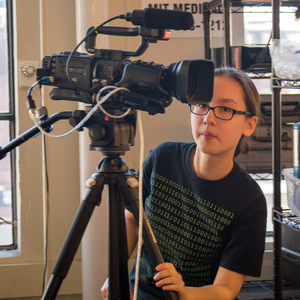 This summer, the MIT Student Cable Club (Radical Rat Studios) put out an 11-part web series called Inmost Thoughts. The series was filmed on MIT’s campus and the setting has a sort of hackathon-project-presentation feel to it. The story revolves around a mind reading device, and the qualms privacy advocates have with such a technology. The story follows Vivian (Sally Guthrie ’14), Melanie (Carolyn Vasko), Daniel (Ari Smith ’14), and Wendy (Nicole Dalton). Vivian spends a good deal of the series trying to convince Melanie that the mind reading device will help humanity, and conversely, Melanie spends most of the time trying to convince Vivian that such a device is a huge breach of privacy (although Melanie’s feelings towards the device do seem to fluctuate between revulsion and mild interest). Overall, the series is a thought-provoking and humorous reminder of the morally gray areas that accompany cutting-edge technologies.

It was not that long ago that the MIT football team followed a 1-8 season (2010) with a 2-7 season (2011). Since then, the Engineers enjoyed their first winning season (5-4 in 2012) and followed it with a program-record 6-win season in 2013. The rest as we know is history. MIT finished 9-0 in the regular season en route to clinching the New England Football Conference (NEFC) and defeated Husson College to win its maiden NCAA playoff game. As the defending champions seek to extend their dominance, The Tech caught up with the mastermind who oversaw the emergence of the MIT football team as a NEFC powerhouse, head coach, Chad Martinovich. Coach Martinovich talked about challenges of recruitment, “life-scheduling”, and an incredible story of how perseverance prevailed in one of the most crucial moments of the season. 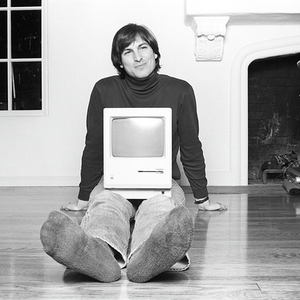 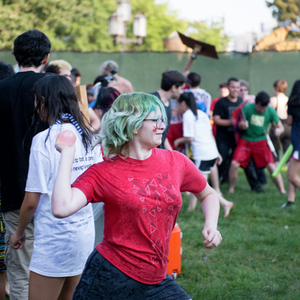 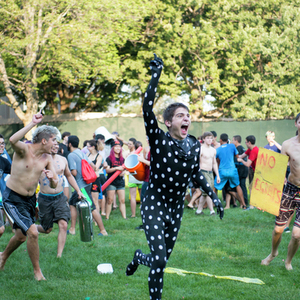 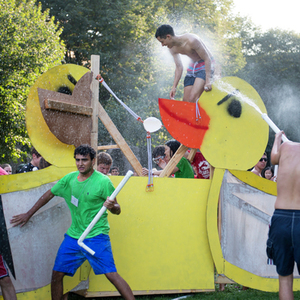 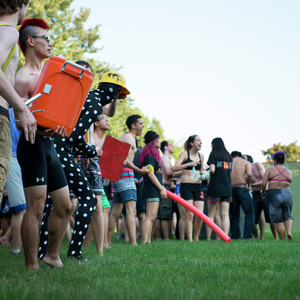 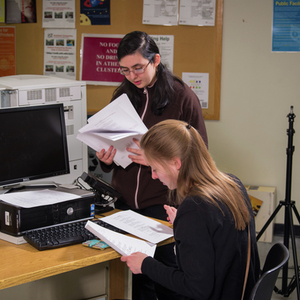 Sarah A. Coe ‘16 and Carolyn Vasko working behind the scenes of Inmost Thoughts.
Jacob Gunter 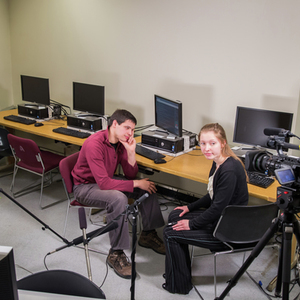 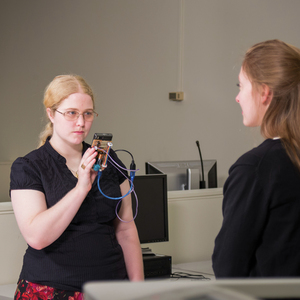 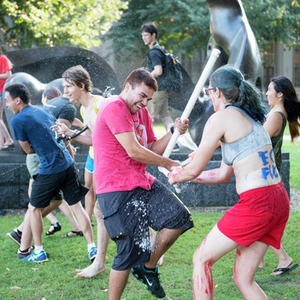 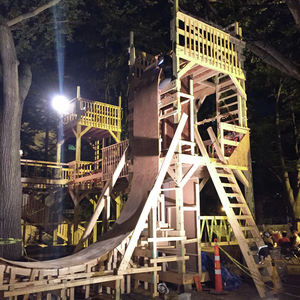 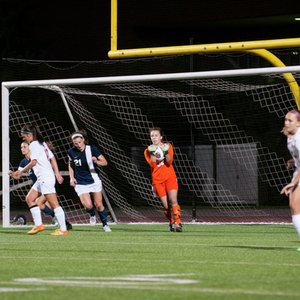 Lauren S. Ullman ’17 saves a goal. Over the course of the game, Ullman totaled 11 saves, although the Engineers ultimately fell to Brandeis 1-4.
Lenny Martinez—The Tech 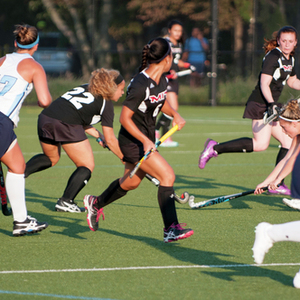 Emily Penn ’18 defends against a player from Lasell College in Tuesday night’s game. MIT went on to win 6-3.
Lenny Martinez—The Tech
All Photos From Issue