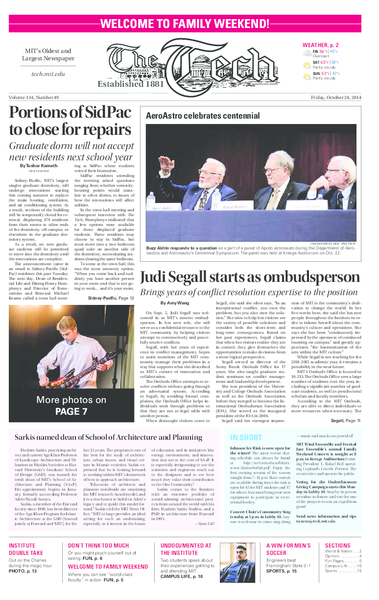 New York City’s first confirmed case of Ebola has raised complicated logistical issues of how to trace the possible contacts of an infected patient in a city of more than 8 million people with a sprawling mass transit system and a large population of workers who commute every day from surrounding suburbs and states.

Johnson Ice Rink is now open for the winter! The most recent skating schedule can always be found at http://web.mit.edu/athletics/www/skateschedule.pdf. Enjoy the first evening session of the season tonight from 7–11 p.m. Skate rentals are available during times the rink is open for $5 for MIT students and $7 for others. You must bring your own equipment to participate in recreational hockey.

Sarkis named dean of School of Architecture and Planning

Portions of SidPac to close for repairs

Sidney-Pacific, MIT’s largest singles graduate dormitory, will undergo renovations starting this coming summer to replace the main heating, ventilation, and air conditioning system. As a result, sections of the building will be temporarily closed for renewal, displacing 370 residents from their rooms to other ends of the dormitory, off-campus, or elsewhere in the graduate dormitory system.

On Sept. 2, Judi Segall was welcomed in as MIT’s newest ombudsperson. In her new role, she will serve as a confidential resource to the MIT community by helping visitors attempt to constructively and peacefully resolve conflicts.

HONG KONG — The U.N. Human Rights Committee urged China on Thursday to allow elections in Hong Kong without restrictions on who can run as a candidate. The move appeared likely to draw strong criticism from Beijing, where officials decided in August to set strict guidelines for the 2017 election of the city’s next leader, prompting mass sit-in protests.

CHAHAR DARA, Afghanistan — The last time that Afghans in the northern province of Kunduz felt so threatened by the Taliban was in 2009, just before President Barack Obama deployed thousands of troops to push the insurgents back from the outskirts of the province’s capital.

Clearing skies just in time for the weekend

MIT students had to deal with more than just Psets and exams this week. A potent low pressure system formed just off the coast of New England, bringing gusty winds and heavy rain to the area. Since Monday, Boston has picked up over 3 inches of rain and winds have gusted to as high as 60 mph!

SEOUL, South Korea — South Korean marines have dismantled a 43-year-old Christmas tower on the border with North Korea that the North had threatened to attack with artillery, officials here said Wednesday.

Germany is sending a military training mission to northern Iraq

BAKU, Azerbaijan — Germany is sending a mission to northern Iraq to examine whether its military, and possibly those of other European nations, can expand the training of Kurdish forces battling jihadists there, Foreign Minister Frank-Walter Steinmeier said Thursday.

In January 2013, strewn amid the rubble and debris left after a terrorist attack on a gas plant in the Algerian desert were the remains of two men who had traveled far from home to wage what they viewed as a holy war.

AMMAN, Jordan — Air and missile strikes in Syria by the United States and its allies during the past month have killed more than 500 extremist fighters as well as at least 32 civilians, a Syrian monitoring group said Thursday.

Nine people in Connecticut who may have been exposed to the Ebola virus have been told to stay at home and are being monitored by local health authorities for symptoms, a spokesman for the State Public Health Department said Wednesday.

A strong second half performance that featured three goals propelled nationally-ranked No. 10 Wellesley College to a 4-0 victory over MIT in a NEWMAC field hockey game on Tuesday night. Natalie Gruet produced two goals for the Blue, which improved to 14-2 on the year and 7-0 in conference play. The Engineers, meanwhile, saw their four-game winning streak come to an end as their ledger dipped to 10-2 overall and 5-1 in the NEWMAC.

For the second straight contest, Sean D. Bingham ’16 and Joshua M. Wilson ’18 each found the back of the net as the MIT men’s soccer team defeated Framingham State 2-1, in non-conference action on Tuesday evening at Maple Street Field. With the win, Tech improves to 6-4-4 overall, while the Rams fall to 4-9-2. 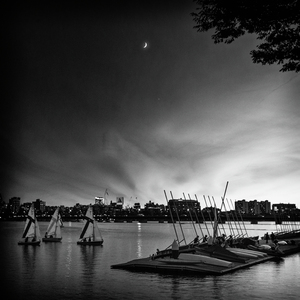 Being out and about during magic hour with a camera — the time right before sunrise and after sunset — is a great way to capture beautiful photos. The light is soft and tinged with warm colors. In the evening, the orange and yellow city lights illuminate the skyline, providing a nice contrast to the blue and purple skies. Everything glows. At 6:30 p.m. on October 8th, 2013, the sun had already set, and the sailboats were returning to dock in the fast waning rays of twilight. It was quite a colorful and serene scene, punctuated by the waxing crescent moon. A high aperture and ISO was used to keep as much of the scene in focus as possible. Even though the original was in color, a black and white version was created for a business that wanted a framed 30&amp;quot; by 30” print in their office. The original image was in 3:2, so a simple square crop wouldn’t work without cropping some of the sailboats. I used the content-aware resizing tool in Photoshop to keep the essence of the original image in the new aspect ratio, with the business’s approval. 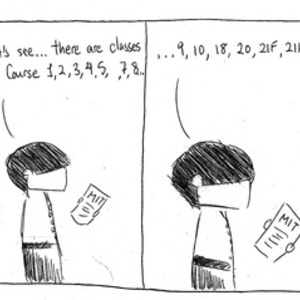 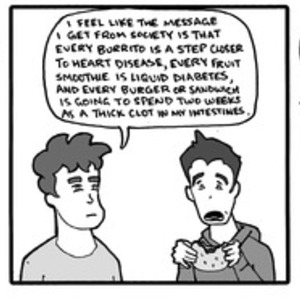 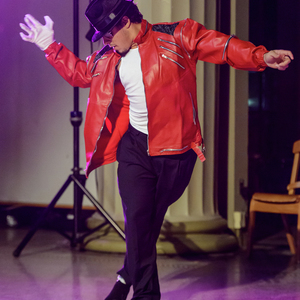 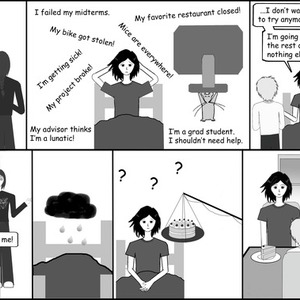 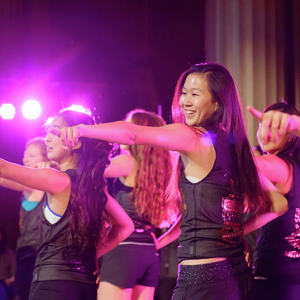 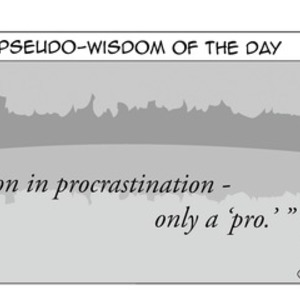 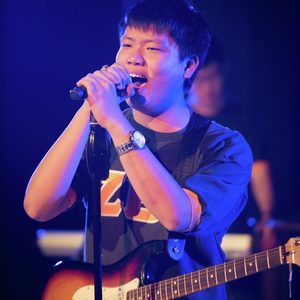 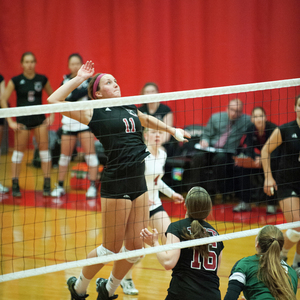 Allison A. Davanzo ’18 spikes the ball during Tuesday’s game against Babson College. MIT won the NEWMAC game 3-1, continuing the winning streak and advancing the team to a 23-2 overall score.
Daniel Mirny—The Tech 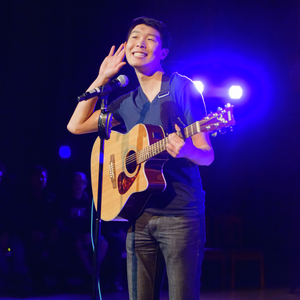 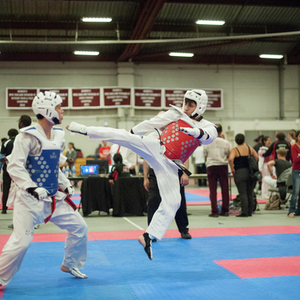 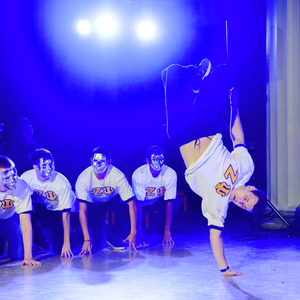 Zeta Psi performs at Sigma Kappa’s Late Night on Sun, Oct. 19. They would go on to win the top award.
landon Carter—The Tech 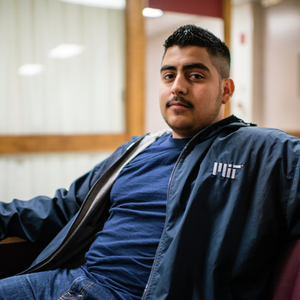 Jose A. Gomez ’17 is a Course 16 student who grew up in Texas, undocumented. He is part of DreaMIT, a group for undocumented students at MIT.
Christopher A. maynor—The Tech 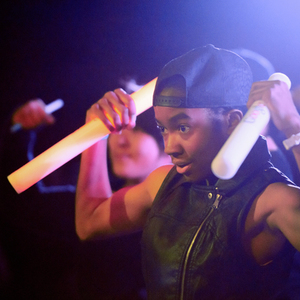 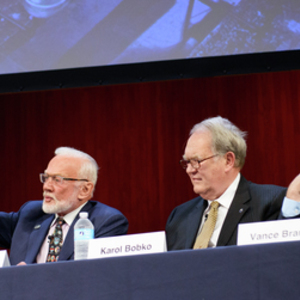 Buzz Aldrin responds to a question as a part of a panel of Apollo astronauts during the Department of Aeronautics and Astronautic’s Centennial Symposium. The panel was held at Kresge Auditorium on Oct. 22.
Chaarushena Deb—The Tech
All Photos From Issue