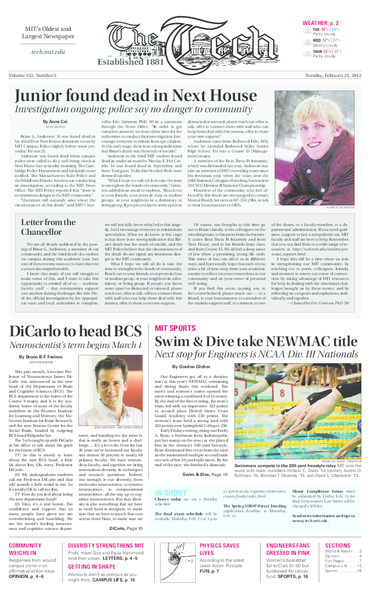 Classes today are on a Monday schedule. 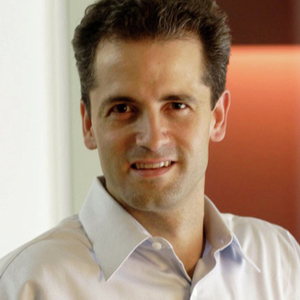 This past month, Associate Professor of Neuroscience James DiCarlo was announced as the new head of the Department of Brain and Cognitive Sciences (BCS). The BCS department is the home of the Course 9 major, and it is the academic home of most of the faculty members in the Picower Institute for Learning and Memory, the McGovern Institute for Brain Research, and the new Simons Center for the Social Brain, headed by outgoing BCS head Mriganka Sur.

Letter from the Chancellor

We are all deeply saddened by the passing of Brian G. Anderson, a member of our community, and the third death of a student on campus during this academic year. Any one of these events stuns us; to have three in a year is incomprehensible.

Political campaigns, which have borrowed tricks from Madison Avenue for decades, are now fully engaged on the latest technological frontier in advertising: aiming specific ads at potential supporters based on where they live, the websites they visit and their voting record. 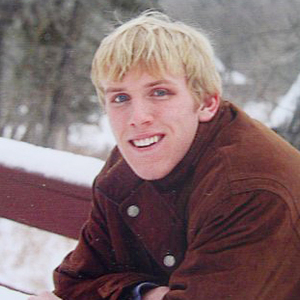 Junior found dead in Next House

Brian G. Anderson ’13 was found dead in his third floor Next House dormitory room by MIT Campus Police slightly before noon yesterday. He was 21.

Settlement talks pick up ahead of BP oil spill trial

NEW ORLEANS — Nearly two years after the oil rig explosion that killed 11 people and spilled millions of barrels of crude oil into the Gulf of Mexico, the myriad plaintiffs suing BP and other companies over the disaster are about to get their day in court.

BRUSSELS — After months of tense negotiations, eurozone finance ministers worked deep into the night Monday to try to agree on a second giant bailout to bring Greece back from the brink of default, subject to strict conditions and in exchange for yet more severe austerity measures.

Mexico and US agree on oil and gas development in Gulf

WASHINGTON — The United States and Mexico reached agreement Monday on regulating oil and gas development along their maritime border in the Gulf of Mexico, ending years of negotiations and potentially opening more than a million acres to deepwater drilling.

CINCINNATI — Mitt Romney was barely six minutes into a campaign speech here Monday afternoon, dwelling on the success story of a local bioscience company, when he broached a topic that is suddenly confounding his Republican presidential aspirations: Rick Santorum.

CAIRO — Two Iranian warships docked in a Syrian port Monday as a senior Iranian lawmaker denounced the possibility that the U.S. might arm the Syrian opposition, adding to the international tensions over the nearly yearlong crackdown by President Bashar Assad’s government.

With sports stores already advertising their “end-of-season” sales and cyclists comfortably riding outdoors, it seems that Cambridge completely skipped over the snowy winter season that normally clogs up its roads and sidewalks. Next time you complain about how “freezing” it feels outside, reconsider, since many days have been 10 to 15 degrees above average thus far this year. For the upcoming week, expect warm air to bring with it increased moisture and a chance of rain.

RICHMOND, Va. — A bill requiring a woman to get an ultrasound before having an abortion is poised to pass Virginia’s Legislature this week, placing it on track to be signed into law by Gov. Bob McDonnell.

Saleh cedes power in Yemen but hopes to retain influence

SANAA, Yemen — A day before a national vote that will mark the end of his presidency, Ali Abdullah Saleh signaled his hope to be an anomaly in the Arab Spring: a toppled autocrat who can preserve some degree of influence in his nation’s governance.

Many people hold a naïve conception of affirmative action and don’t understand what it actually involves, yet they deem it a dangerous program that threatens our Institute. We believe that affirmative action is actually incredibly fair and integral to the success of any merit-based institution in the world we live in.

In responding to Brandon Briscoe’s , I won’t recount my successes as a minority at MIT, or those of my mother and father, a former employee and a graduate student, respectively. Not that my perspective lacks worth, but other students and faculty members can disprove Briscoe’s insinuations many times over. However, I must address Briscoe faulty evidence of reverse discrimination directly.

Excellence has many dimensions

In the Feb. 17, 2012 issue of The Tech, Brandon Briscoe argues that MIT is “heading in the wrong direction with affirmative action”, and suggests that MIT uses quotas or preferences in its admissions and hiring practices. While we respect Brandon’s right to express his opinion and his courage in doing so, we fundamentally disagree with his premises and statements.

On excellence and diversity

As a Mexican-American alumna of MIT, I feel comforted by that “don’t get me wrong, every student and faculty member I have ever met at MIT …deserve[s] to be here.” I’m relieved that the Institute policies which “erode the meritocracy at MIT” somehow allowed me and other appropriately qualified minorities into the school.

In light of the public response to last Friday’s guest column on MIT’s affirmative action policies, The Tech would like to take this opportunity to clarify its editorial process on the opinion pages.

Pink balloons lined Rockwell Cage Saturday afternoon while fans dressed in pink packed the bleachers. Not only was it Senior Day for the MIT Women’s Basketball team’s final home game, but it was also the “Play4Kay” initiative. This fundraiser by the Kay Row Cancer Fund, in collaboration with the Women’s Basketball Coaches Association, aimed to raise funds for breast cancer research and generate awareness on the courts and in communities. 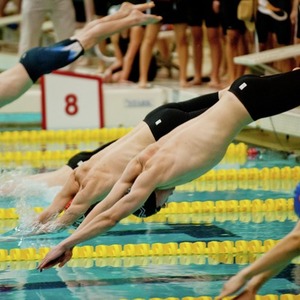 Our Engineers got off to a decisive start at this year’s NEWMAC swimming and diving finals this weekend. The men’s and women’s teams opened the meet winning a combined 8 of 13 events. By the end of the first evening, the men’s team led with an impressive 323 points to second place United States Coast Guard Academy with 220 points. The women’s team held a strong lead with 323 points over Springfield College’s 256.

Over the weekend, the MIT Figure Skating Club hosted the Eastern Sectional Intercollegiate Team Skating Competition. The USFSA-sanctioned competition included skaters from 20 universities on the East Coast. The Engineers last hosted this event two years ago, when they finished sixth overall out of 13 schools; this time, they finished seventh with 28 points. The University of Delaware, Dartmouth, and Boston University took the top three spots with 125, 100, and 88 points, respectively.

Now that you’ve had a chance to get comfortable with keeping your Workout Book (See Feb. 14 “”), it’s time to start thinking about what workouts to put in it. Today’s article is an introduction to weight training: its benefits and how to incorporate it into your weekly routine. But first, let’s clear up some myths about working out and weight training in particular:

James DiCarlo has been named the department head of Brain and Cognitive Sciences. He is succeeding Mriganka Sur, who is leaving the position to lead the Simons Center for the Social Brain at MIT.
Kent Dayton—MIT News Office 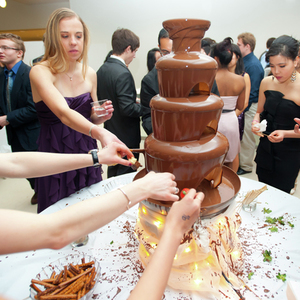 A group of students eat from a chocolate fountain at the freshman Snowflake Ball event in the Media Lab, organized by the 2015 Class Council.
Kim Truong ’02 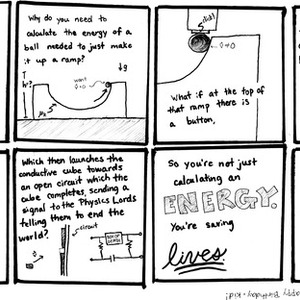 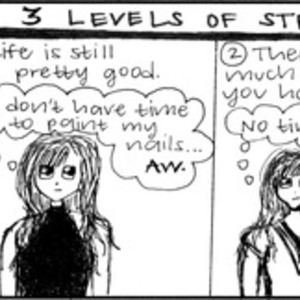 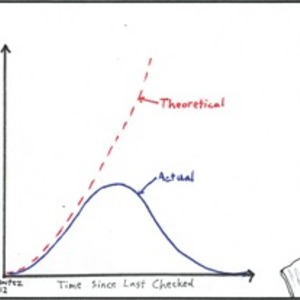 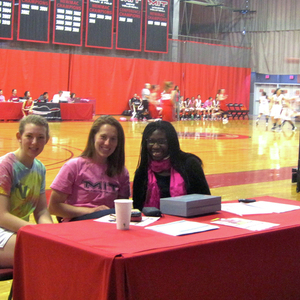 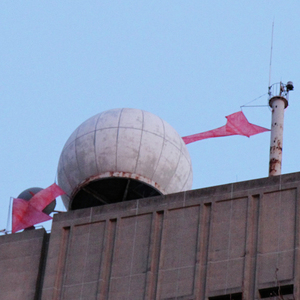 A red arrow, appearing as if shot through the spherical radome atop the Green Building, appeared on Valentine’s Day.
Chris Pentacoff 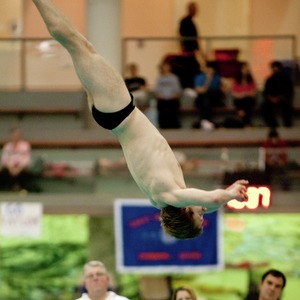 Danil Tyulmankov ’14 performs an inward dive pike on the 1-meter board. He placed third overall on the 1-meter and 5th on the 3-meter.
Jessica L. Wass—The Tech
All Photos From Issue