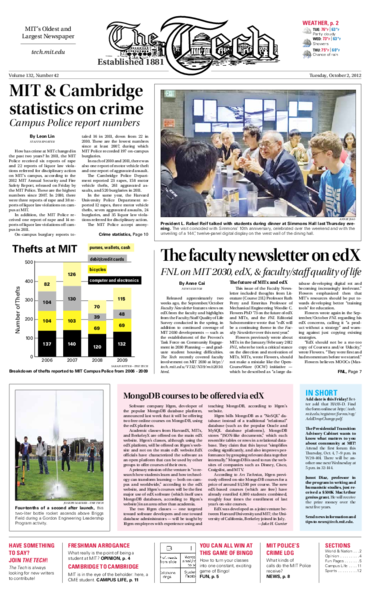 The faculty newsletter on edX

Released approximately two weeks ago, the features views on edX from the faculty and highlights from the Faculty/Staff Quality of Life Survey conducted in the spring, in addition to continued coverage of MIT 2030 developments — such as the establishment of the Provost’s Task Force on Community Engagement in 2030 Planning — and graduate student housing difficulties. The Tech recently covered faculty involvement on MIT 2030 at http://tech.mit.edu/V132/N39/mit2030.html.

MongoDB courses to be offered via edX

Add date is this Friday! Better add that HASS-D. Find the form online at http://web.mit.edu/registrar/forms/reg/AddDropChange.pdf. 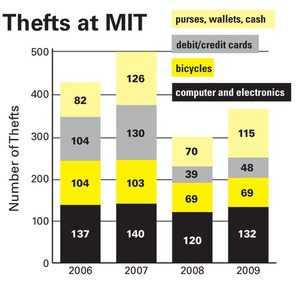 LOS ANGELES — Facing a deadline of midnight Sunday to take action on bills the California Legislature passed this session, Gov. Jerry Brown signed dozens of them over the weekend on issues ranging from health care to corporate taxation, while vetoing dozens more.

PARIS — Unemployment in the eurozone hovered at a record 11.4 percent in August, according to data released Monday, underscoring the pain inflicted by the slowing world economy and the financial problems plaguing many of the countries that share the euro.

BEIRUT — Chaos continued to spread in Syria’s largest city, Aleppo, on Monday, as rebels attacked the towering municipality building with rockets, sending civil servants fleeing from one of the few government buildings still functioning as dozens of soldiers defended the city center.

BEIJING — With only six weeks to go before the formal unveiling of a new set of leaders for China, Communist Party elders and senior officials are still working to finalize decisions on who will ascend to the top ruling bodies and what policy direction they will adopt for the new team, political insiders and analysts say.

Weather will alternate between rain and sun

This week’s weather will alternate between pleasant and rainy as a series of disturbances sweeps across the region. Tuesday will be on the pleasant end of the spectrum, with partial sunshine and light winds accompanying comfortable temperatures in the mid 70s (°F). However, the possibility of rain showers will arrive on Wednesday and Thursday as we experience the remnants of a system that brought heavy rains to the Gulf Coast over the weekend.

Romney broadens attacks against Obama beyond the economy

From the very start, Mitt Romney’s campaign was premised on the belief that the economy’s struggles would make President Barack Obama politically vulnerable. Grim economic statistics, the assumption went, would make Romney’s argument for him.

US advises states to expand Medicaid or risk losing funds

WASHINGTON — The Obama administration is putting pressure on states to expand Medicaid, telling them they may lose federal money if they delay.

The arrogance of freshmen

Playing pingpong reveals a lot about the players at the table. I was involved in an intense game with a group of freshmen when we lost track of whose turn it was to serve. After some arithmetic to clear up the confusion, one freshman declared, “I am a math major,” with a haughty smirk sprawled across his face.

An article on Friday, Sept. 21 about faculty involvement with the MIT 2030 plan incorrectly stated that one of two new MIT building projects is an expansion of the Central Utilities Plant, replacing Building 41. That project is instead an Energy/Environment building at the corner of Mass. Ave. and Vassar St., adjacent to Building 41. Its infrastructure needs (along with other campus development) may lead to a future replacement of building 41 with an extension of the Central Utilities Plant.

Pushing their record to 18-3 on the season, the women’s volleyball team went 3-1 on the weekend to capture the Johnson &amp; Wales University Invitational Championship. The team beat Plymouth State University 3-0 in the first match of the tournament exacting revenge from a loss to them at the same tournament last season. MIT then followed up with a 3-1 win over hosts Johnson &amp; Wales. On the second day of the tournament, Engineers suffered a setback with an unexpected 0-3 loss to Western Connecticut State University before bouncing back to beat Johnson &amp; Wales again in the Championship match 3-1. Alyssa L. Rothman ’13 and Kristine A. Bunker ’14 were named to the All-Tournament Team while Katie K. Spielbauer ’13 was named Tournament MVP. The Engineers will travel to Wheaton College on Tuesday night, and then will return home for a Thursday night match against WPI at 7 p.m. in Rockwell Cage.

The increasingly globalized workforce means that large multinational companies recruit graduates from all over the world. Given that various countries have their own university systems, there will certainly be differences in how students are prepared to meet the challenges of employment. I’m in the fortunate position of having studied in two countries — my first two years of college were spent at Cambridge in the U.K. (where I will return next year) and I am now at MIT through the Cambridge-MIT Exchange. As such, I have firsthand experience of how both universities teach and I have been surprised by the contrasts. 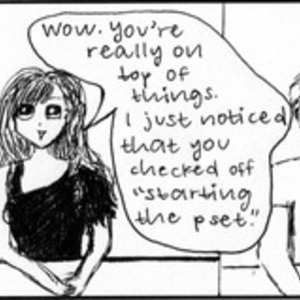 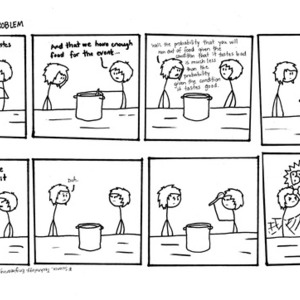 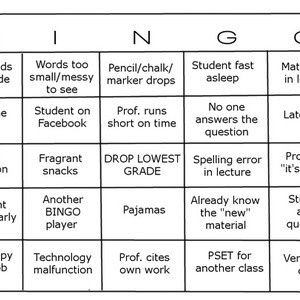 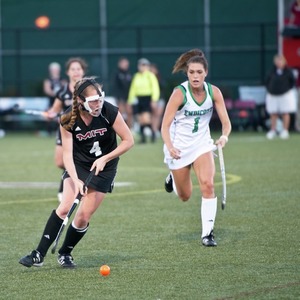 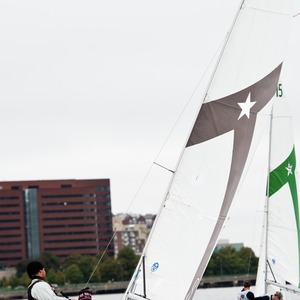 Joseph M. Paggi ’16 (left) and Priyanka M. Chatterjee ’15 represent the A division sailing team in the Smith Cup, held this past Saturday. The team placed second in its event, losing to Tufts University.
Akimitsu Hogge—The Tech 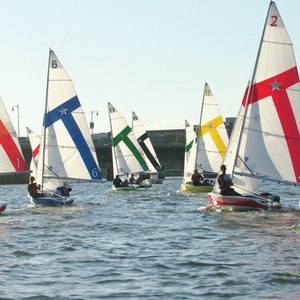 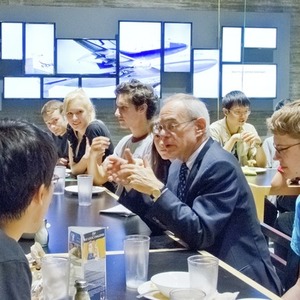 President L. Rafael Reif talked with students during dinner at Simmons Hall last Thursday evening. The visit coincided with Simmons’ 10th anniversary, celebrated over the weekend and with the unveiling of a 144”, twel...
Annie Jiao 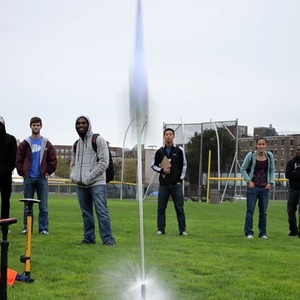 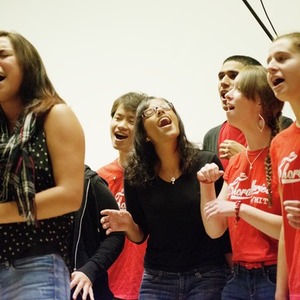 The MIT Lecture Series Committee presented Pitch Perfect, with performances by The Chorallaries (pictured here), The Muses, and Syncopasian in Room 26-100 on Wednesday, Sept. 26.
Wenliang Li