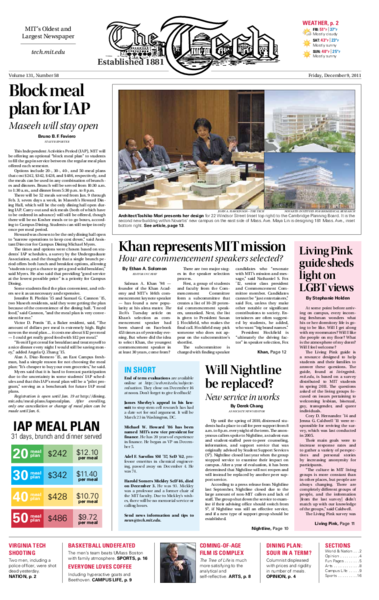 Salman A. Khan ’98 — founder of the Khan Academy and MIT’s 146th commencement keynote speaker — has found a new popularity at his alma mater. The Tech’s Tuesday article on Khan’s selection as commencement speaker had been shared on Facebook 453 times as of yesterday evening. But where did the idea to select Khan, the youngest commencement speaker in at least 30 years, come from? 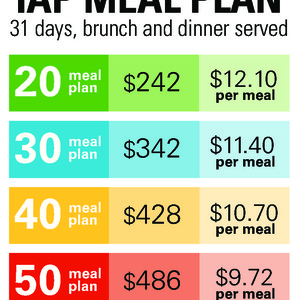 This Independent Activities Period (IAP), MIT will be offering an optional “block meal plan” to students to fill the gap in service between the regular meal plan offered each semester.

Will Nightline be replaced?

Up until the spring of 2010, distressed students had a place to call for peer support from 8 a.m. to 8 p.m. every night of the term. The anonymous callers spoke to Nightline, a student-run and student-staffed peer-to-peer counseling, information, and support service that was originally advised by Student Support Services (S³). Nightline closed last year when the group stopped service to examine their impact on campus. After a year of evaluation, it has been determined that Nightline will not reopen and will instead be replaced by another peer support service.

At some point before arriving on campus, every incoming freshman wonders what his or her dormitory life is going to be like. Will I get along with my roommates? Will I like the people on my floor? What is the atmosphere of my dorm? Will I feel welcome? 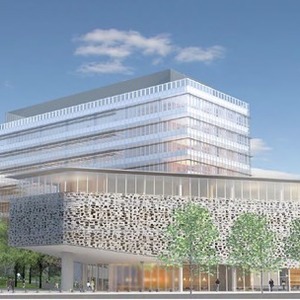 On Wednesday evening, Novartis announced Toshiko Mori as the second architect for its extended Cambridge campus and received approval to proceed with excavation contingent upon careful review of the public access to its courtyard.

End of term evaluations are available online at http://web.mit.edu/subjectevaluation. They close on December 16 at noon. Don’t forget to give feedback!

This past summer, MIT’s Pi Kappa Alpha (Pike) colony disbanded in a mutual agreement between the colony and the national organization.

BEIRUT — A pipeline carrying oil to a refinery in the tense Syrian city of Homs was blown up Thursday, activists and the official Syrian news agency said, casting a huge pillar of black smoke over the city’s cloudy horizon.

A single subway ride could soar to $3.25, a monthly bus and subway pass could hit $80, and a commuter rail pass from the farthest suburbs could climb to $338 under one proposal prepared for the MBTA to balance its budget, according to documents obtained by the Globe Wednesday.

Two people, including a police officer, are dead after a shooting Thursday afternoon on the campus of Virginia Tech, the scene of a 2007 massacre in which 33 people were killed, university officials said.

WASHINGTON — President Barack Obama, who took office pledging to put science ahead of politics, averted a skirmish with conservatives in the nation’s culture wars Thursday by endorsing his health secretary’s decision to block over-the-counter sales of an after-sex contraceptive pill to girls younger than 17.

MOSCOW — Prime Minister Vladimir Putin on Thursday accused Secretary of State Hillary Rodham Clinton of inciting unrest in Russia, as he grappled with the prospect of large-scale political protest for the first time in his more than decade-long rule.

THE HAGUE, Netherlands — Secretary of State Hillary Rodham Clinton and other international leaders urged countries and private businesses on Thursday to fight increasing efforts to restrict access to the Internet by repressive governments and even some democratic ones.

Wednesday’s miserable weather proved to be a record-setter here in the Boston area. Logan airport reported a Dec. 7-record 1.60 inches of rain, breaking the old high mark of 1.15” set back in 1959.

BRUSSELS — A move by Europe’s central bank to bolster the region’s economy was overshadowed by worries that political leaders will not act boldly enough to contain the region’s debt crisis at a two-day summit meeting that began here on Thursday.

No bang for your buck

At long last, MIT finally has a real dining plan. As all of you should know, unless you’ve lived under a rock all semester, MIT has finally revamped the old dining protocol, so we no longer have to pay absurd a la carte prices for meager portions, chosen from a limited selection. We now get to eat all we care to! It’s a shining beacon in the midst of the darkness that is vicious time crunches and carnivorous problem sets.

CORRECTION TO THIS ARTICLE: The headline for this letter, “SCEP does not make policy,” is ambiguous. UA SCEP is involved with making education-related policy at MIT, but not the specific end-of-term policies referenced in this letter.

An article published on Nov. 29 incorrectly stated that the Dalai Lama has visited the Dalai Lama Center for Ethics and Transformative Values at MIT three times. He has only visited twice. The same article also incorrectly said that Ethics Initiative talks involve approximately 15 students — it is actually closer to 25–30. In addition, these talks are made available on MIT World, not MIT OpenCourseware. 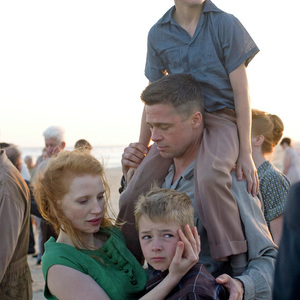 MOVIE REVIEW Tricked by the trailer?

Tarsem Singh’s (The Cell) third film Immortals (previously named War of the Gods) is an incondite action movie loosely based on Greek mythology. It falls far below the expectations raised by the trailer but does at least provide some aesthetically pleasing action sequences which demonstrate Singh’s skills as a music video (REM, “Losing My Religion”) and commercial (Pepsi) director. 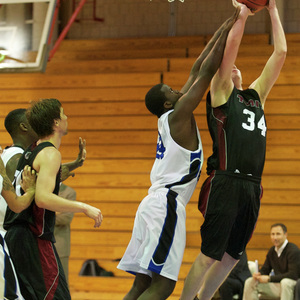 Last Tuesday, the MIT’s Men’s Basketball team snagged an easy (90-47) victory over UMass Boston. The Engineers’ James D. Karraker ’12 led the team to victory with nine 3-pointers, setting an Institute record. MIT still holds the best record in the nation (9-0) and has moved up in ranking from ninth to seventh.

Following a banner season, in which she led her team to the national quarterfinals and its second NEWMAC tournament championship in three years, MIT head coach Cheryl Silva was named the New England East regional Coach of the Year by the National Field Hockey Coaches Association (NFHCA) on Wednesday. Silva, who received similar accolades in 2009, helped the Engineers win a program record 19 games, including a pair in the NCAA Division III tournament, to advance within one game of the final four.

Squash wins 3 out of 5 matches at home invite

As MIT students, who’s a better friend than coffee? When the aroma of freshly brewed coffee from Bosworth’s Cafe in Lobby 7 stimulates my olfactory neurons, I often get the urge to know more about coffee’s origin. Here are 16 fun facts about coffee: 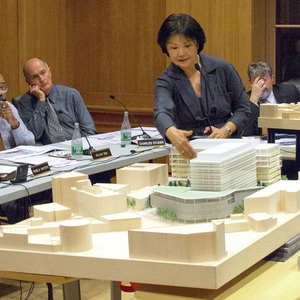 Architect Toshiko Mori presents her design for 22 Windsor Street to the Cambridge Planning Board. It is the second new building within Novartis’ new campus on the east side of Massachusetts Avenue.
John A. Hawkinson—The Tech 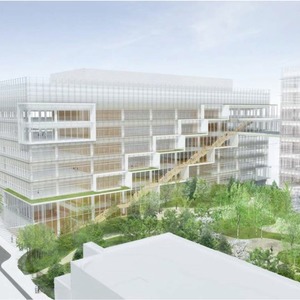 Design for 22 Windsor Street, by architect Toshiko Mori. It is characterized by five mini-atriums connected by diagonal staircases on the transparent south facade.
Novartis Institutes for Biomedical Research 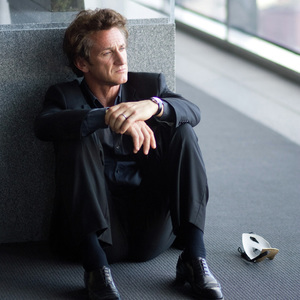 Sean Penn plays a man struggling to come to terms with complicated relationships and the modern world in The Tree of Life.
courtesy of merie wallace and twentieth century fox film corporation 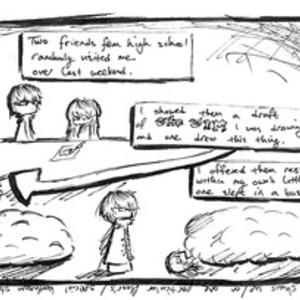 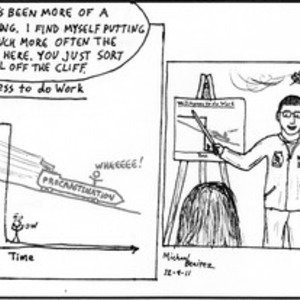 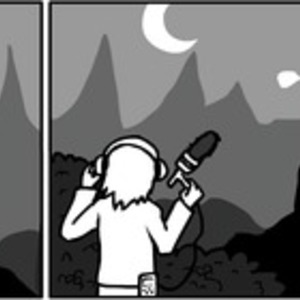 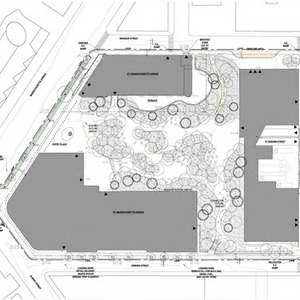 Layout of the new Novartis campus east of Massachusetts Avenue, also bounded by Albany, Osborn, State, and Windsor Streets. The campus features a large green courtyard that will be publicly accessible — at least durin...
Novartis Institutes for Biomedical Research
All Photos From Issue