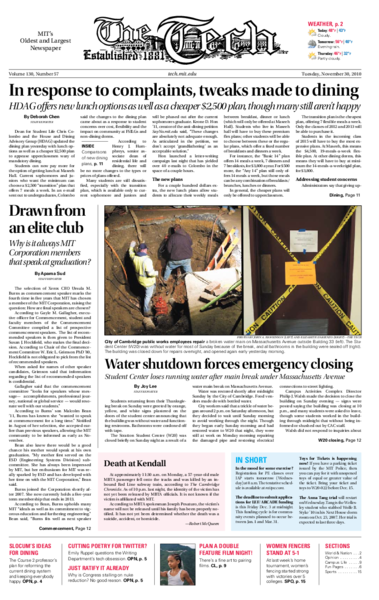 Students returning from their Thanksgiving break on Sunday were greeted by orange, yellow, and white signs plastered on the doors of the student center announcing that the building was without water and functioning restrooms. Bathrooms were cordoned off with tape.

WASHINGTON — Secret, court-approved wiretaps put in place more than two years ago are now being used by prosecutors in a widening inquiry of securities fraud and insider trading involving hedge funds and consultants that provide industry research, according to court documents and interviews with people close to the investigations. 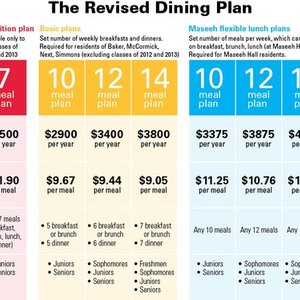 In response to complaints, tweaks made to dining

Dean for Student Life Chris Colombo and the House and Dining Advisory Group (HDAG) updated the dining plan yesterday with lunch options as well as a cheaper $2,500 plan to appease upperclassmen wary of mandatory dining.

At approximately 11:30 a.m. on Monday, a 57-year-old male MBTA passenger fell onto the tracks and was killed by an inbound Red Line subway train, according to The Cambridge Chronicle. As of 10 p.m. last night, the identity of the victim has not yet been released by MBTA officials. It is not known if the victim is affiliated with MIT.

An American in Peru, out of prison after 14 years and living with regret

LIMA, Peru — In the words of Juan Luis Cipriani Thorne, archbishop of Lima, granting parole to Lori Berenson has made a “mockery” of the nation. Julio Galindo, Peru’s top anti-terrorism prosecutor, says Berenson, a New Yorker convicted of collaborating with a Marxist rebel group, remains an “irascible” threat to society.

Drawn from an elite club

The selection of Xerox CEO Ursula M. Burns as commencement speaker marks the fourth time in five years that MIT has chosen a member of the MIT Corporation, raising the question: How are final speakers are chosen?

For the last decade cancer drug developers have tried to jam the accelerators that cause tumors to grow. Now they want to block the fuel line.

Rain wednesday, then cooling off

Yesterday’s sunny skies and seasonal temperatures will give way today and tomorrow to increasing clouds and warmer than average temperatures ahead of an approaching low pressure systems. The models are predicting a secondary low (associated with a low pressure in Ontario) to form in central New York and affect our region on Wednesday.

WASHINGTON — President Barack Obama announced Monday a two-year pay freeze for civilian federal workers as he sought to address concerns over high annual deficits and appealed to Republicans to find a common approach to restoring the nation’s economic and fiscal health.

WASHINGTON — Over an official lunch in late February, a top South Korean official confidently told the U.S. ambassador, Kathleen Stephens, that North Korea would fall “two to three years” after the death of Kim Jong Il, the country’s ailing leader, Stephens later cabled Washington. A new, younger generation of Chinese leaders “would be comfortable with a reunited Korea controlled by Seoul and anchored to the United States in a benign alliance,” the diplomat predicted.

The very high levels of vitamin D that are often recommended by doctors and testing laboratories and can be achieved only by taking supplements — are unnecessary and could be harmful, an expert committee says. It also concludes that calcium supplements are not needed.

WASHINGTON — Global talks on climate change opened in Cancun, Mexico, on Monday with the toughest issues unresolved and little expectation of a breakthrough on shaping an international treaty to curb emissions of the heat-trapping gases linked to global warming.

WASHINGTON — The arrest Friday of a Somali-born teenager who is accused of trying to detonate a car bomb at a crowded Christmas tree-lighting ceremony in Portland, Ore., has again thrown a spotlight on the government’s use of sting operations to capture terrorism suspects.

I just want to make it known that I am deeply against the letter to the editor by Richard Kramer ’75 from the November 23 issue of The Tech.

A balanced perspective on dining

As a long time community member I respectfully ask the community to pretty please consider the following with regard to dining plans at MIT:

HDAG plan is the healthier choice

The faculty coaches at MIT strongly support the new dining plan developed by the House Dining Advisory Group (HDAG). This plan addresses a significant area of concern the Department of Athletics, Physical Education and Recreation (DAPER) faculty has had for the well being of MIT students.

On April 8, 2010, Barack Obama and Dmitry Medvedev, prompted by the expiry (and coming expiry) of previous nuclear weapons treaties, signed the New Strategic Arms Reduction Treaty, or “New START” for short. If ratified, New START will bind the U.S. and Russia to three important limits on strategic nuclear weapons for a duration of ten years:

Department is wrong to put technology before poetry

The Director of the Program in Writing and Humanistic Studies, Tom Levenson, met with me and wrote a response to my opinion column in The Tech last week, clarifying a few points he feels were errors.

Fencing teams kick off season with home wins Levine and Kozminsky stood out at MIT tourney where women won 5-1, men 3-2

On November 20, the men’s and women’s fencing teams hosted their first tournament of the season. They faced off against the University of New Hampshire, Brandeis, Boston University, Wellesley, UMass, and Sacred Heart. The men finished the day 3-2, defeating UNH, BU, and UMass, while the women finished 5-1, defeating every opponent but Wellesley.

Freshman Tamara R. Pena’s 10 points, 10 rebounds, three assists, and three steals helped power the MIT women’s basketball team to a 64-32 victory over non-conference foe Fisher College on Saturday afternoon. Winners of three straight games, the Engineers (3-2) surrendered the program’s fewest points in a game since the 2000-2001 season and saw their percentage of bench scoring during the streak move to 43 percent. 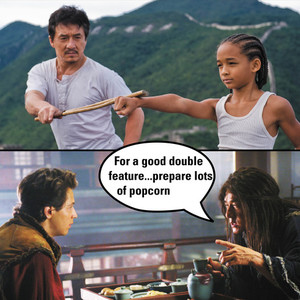 A night in at the movies

Hosting a good double feature, like assembling a good mix tape, is an art form. Sure, you could theoretically pick any two movies based on random selection or convenience and watch them together, but if you’re going to sit down with your friends and spend four to five hours staring at the same screen together, you might as well take a little extra time to plan. You could take any of several different approaches in picking which movies to watch and what order to watch them in, depending on the situation. 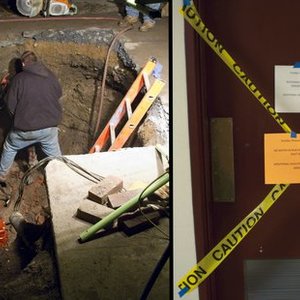 City of Cambridge public works employees repair a broken water main on Massachusetts Avenue outside Building 33 (left). The Student Center (W20) was without water for most of Sunday because of the break, and all bathr...
Photos by John A. Hawkinson (left) and Elizabeth D’Arienzo (Right)—The Tech

The Forbidden Karate Kid: Jackie Chan films about Western youth improving themselves through martial arts — ideal for an evening in with your fellow training-montage fans and cartons of Chinese takeout.
courtesy of lionsgate 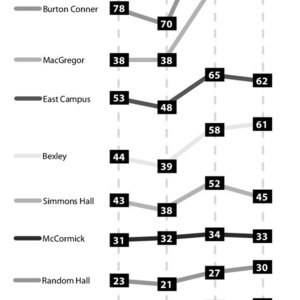 The above data is up-to-date and taken from the MIT Housing website. The data includes students moving into dorms from off-campus.
Sarah ritter—The Tech
All Photos From Issue