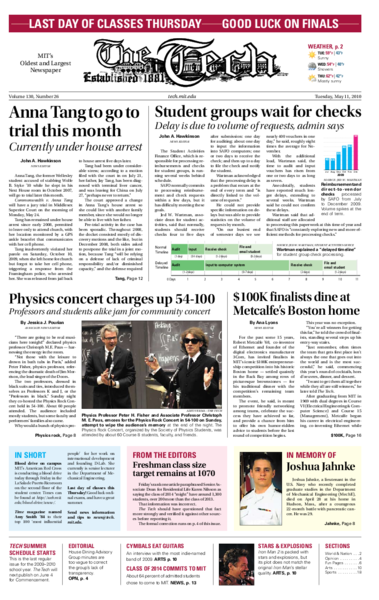 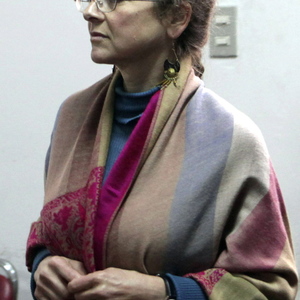 Lori Helene Berenson, a former MIT student and political activist imprisoned in Peru, was granted parole yesterday. Berenson, who withdrew from MIT as a sophomore in 1988, has served 15 years out of a 20-year prison sentence for aiding the leftist guerilla group Túpac Amaru Revolutionary Movement, or MRTA (Movimiento Revolucionario Túpac Amaru). She is now 40 years old.

The trial of Anna Tang, accused of stabbing her ex-boyfriend in 2007, has been postponed once again, until June 22 and 23.

Biotech company Roche filed its opposition brief yesterday in <i>Stanford University v. Roche Molecular Systems, et al.</i>, the intellectual property case that Stanford and MIT have both asked the Supreme Court to hear. Download it from our website at <i>http://tech.mit.edu/V130/N23/scotus/05_Roche_Brief_In_Opposition_To_Cert_Petition.pdf</i>.

A similar fraction of students accepted their offers of admission to MIT this year compared with last year, about 64 percent, according to admissions director Stuart Schmill ‘86. The enrolled class of 2014 will have around 1,070 students and a demographic makeup similar to the class of 2013, he wrote in e-mail. The admissions office is working to select “a small number” of students to admit off its waitlist over the next week and a half, wrote Schmill.

E-MAIL OF THE WEEK

E-MAIL OF THE WEEK

An article last Friday about dorm crowding reported a number that was relayed to <i>The Tech</i> in error. The class of 2014 will not have “around 1,300” students. According to Dean of Admissions Stuart Schmill ’86, MIT is planning to enroll 1070 students for the class of 2014, the same target for last year’s incoming class.

FROM THE EDITORS Freshman class size target remains at 1070

Friday’s rank one article paraphrased Senior Associate Dean for Residential Life Karen Nilsson as saying the class of 2014 “might” have around 1,300 students, over 200 more than the class of 2013. 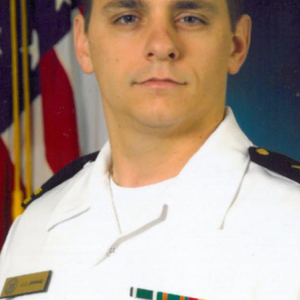 IN MEMORY OF Joshua Jahnke 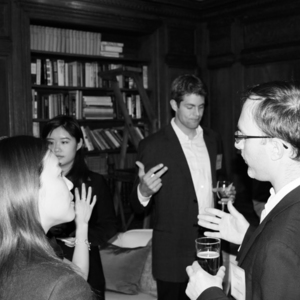 For the past some 15 years, Robert Metcalfe ’68, co-inventor of Ethernet and founder of the digital electronics manufacturer 3Com, has invited finalists in MIT’s iconic $100K entrepreneurship competition into his historic Boston home — settled quaintly in the Back Bay among rows of picturesque brownstones — for his traditional dinner with the competition’s remaining team members. 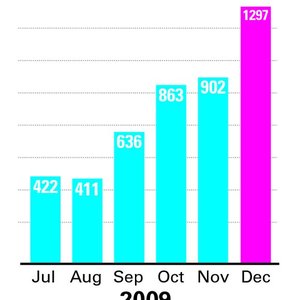 The Student Activities Finance Office, which is responsible for processing reimbursements and checks for student groups, is running several weeks behind schedule.

Anna Tang to go to trial this month

Anna Tang, the former Wellesley student accused of stabbing Wolfe B. Styke ’10 while he slept in his Next House room in October 2007, will go to trial later this month. 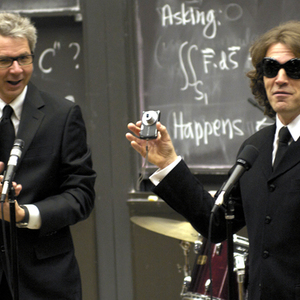 “There are going to be real musicians here tonight!” declared physics professor Christoph M.E. Paus — harnessing the energy in the room.

Lobby 10 cameras return — for one week.

As of late last week, two video cameras have returned to Lobby 10, overlooking it from both sides, just as they were present during three weeks in February.

WASHINGTON — President Barack Obama will nominate Solicitor General Elena Kagan as the nation’s 112th justice, choosing his own chief advocate before the Supreme Court to join it in ruling on cases critical to his view of the country’s future, Democrats close to the White House said on Sunday.

A trillion dollar bailout for Europe, with doubts attached

Like the giant financial bailout announced by the United States in 2008, the sweeping rescue package announced by Europe eased fears of a market collapse but left a big question: Will it work long term?

It is, in the words of the Danish filmmaker Michael Madsen, “a place we must remember to forget.”

Investigators seeking an explanation for last week’s brief stock market panic said Sunday that they were focusing increasingly on how a broad decline of blue-chip stocks might have set off an uncontrolled response from new high-speed trading networks.

MOSCOW — Twin methane gas explosions killed 12 coal miners and trapped 80 underground in western Siberia under conditions so dangerous that officials called off all rescue operations for fear of sending additional men to their deaths.

LONDON — After one of the most passionately contested elections in decades, Britain faced the stalemate of a hung Parliament on Friday, with no party likely to command an outright majority despite significant gains by the opposition Conservatives and damaging losses for Prime Minister Gordon Brown.

Below normal temperatures have arrived early this week and will continue for a few days. A strong cold front moved through New England Saturday night, which brought strong northwesterly winds on Sunday. These winds have ushered in much cooler air over the region, bringing low temperatures almost near freezing. The highs have been 5-10°F below normal and not welcoming for warm-weather fans. The good news, however, is that a gradual warm-up is expected and temperatures should reach the upper 60s by the weekend.

A new link to “minutes” from the House Dining Advisory Group meetings was posted on the House Dining Review website last week. The document communicates frustratingly little concrete information and highlights the extent to which HDAG has failed to deliver on its promise of transparency and student engagement.

Tall tales, tamed truth How shifting baselines turn the past into myth

Last week, my dad and I had yet another conversation about privacy. It makes him nervous to consider what gets broadcast where and stored away by whom on the World Wide Web. Chances are, your parents feel similarly about the explosion of tell-all networking sites and one-click shopping pages that save your credit card info and life history details. Meanwhile, many of us don’t bat an eye when asked to supply birth dates and cell phone numbers, while a string of relationship dramas play out across our Facebook walls.

Science and technology should be used to benefit humanity, not to destroy it. Sadly, MIT’s Global Education and Career Development Center (GECDC) betrayed this principle this past weekend when it co-sponsored a weekend of exhibits, presentations and events billed as “Israeli Innovation — Healing the World through Technology” at the Museum of Science. Israeli Innovation Weekend (IIW) was co-sponsored by the Consulate-General of the State of Israel to New England, which is also one of the events top donors; nearly half of IIW’s steering committee is made up of consulate staff. 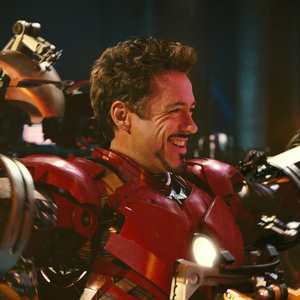 When I first heard of <i>Iron Man 2</i>, I felt my expectations torn between two conflicting masters. On the one hand, the film is a sequel to <i>Iron Man </i>and contains everything that I love in a movie: robots, explosions, and a protagonist who isn’t Shia LaBoeuf. On the other hand, the movie is a sequel, period. Nothing is better the second time around; from KISS reunion tours to warfare in Iraq, sequels are always a mistake. So not surprisingly, the film fails to live up to its predecessor. If watching <i>Iron Man</i> was like the first prime steak you ever had, then watching Iron Man 2 is like following it up with a veggie burger and a tofu salad.

After much anticipation, Jónsi finally decided to take a breather from Sigur Rós and go solo. Upon walking on stage, he looks shy and unassuming. With his feathered headdress and raggedy clothes, I imagined him and his band as nomads who go from place to place to tell a powerful story about the journey to freedom. As soon as he parted his lips to sing, the crowd quieted down to listen.

They’re clearly the most fun to make fun of in middle school and high school. Among a sea of athletes and garage bands, the pianists, percussionists, the trumpeteers, the clarinetists, and even violinists are social outcasts in the grand scheme of ridiculous adolescent social circles. But in the musical hierarchy, they’re somehow top dog. They’re cool; they sit at the back of the bus during band tours. Somehow they exude confidence, knowing they command the respect of the small circle of art aficionados, of the small enclave adults and peers that cultivate this sort of erudition. 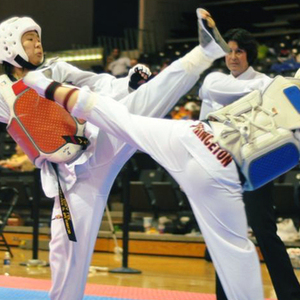 Last week, graduate student Gwendolyn A. Sisto G won a silver medal representing MIT at the National Collegiate Championships for Olympic weightlifting. Sanctioned by USA Weightlifting, a member of the United States Olympic Committee, the competition featured college students from across the country competing for a medal and a spot on Team USA.

With the 2010 FIFA World Cup only a little over a month away, it seems like soccer is making its return into the consciousness of the American sports mind. But as large of a spectacle as the World Cup is, what the rest of the world calls “football” isn’t just something played every four years. In only two weeks, the most prestigious European soccer tournament will conclude with its final in Madrid. Last August, the UEFA Champions League began with the top teams from the top professional teams in Europe, and after many rounds of competition, only two teams remain standing in the knockout tournament: Bayern Munich and Inter Milan. They’ll face off Saturday, May 22nd in Madrid with the title of Champions of Europe on the line.

This weekend, the men’s and women’s track and field teams competed in the All-New England Championships. 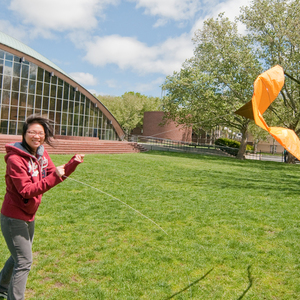 Princess Len Carlos ’13 flies a kite during the Bangladeshi Students Association’s annual kite-flying festival to celebrate the coming of spring at the Kresge barbecue pits on Sunday. Sunday afternoon was windy with s...
David Chen—The Tech 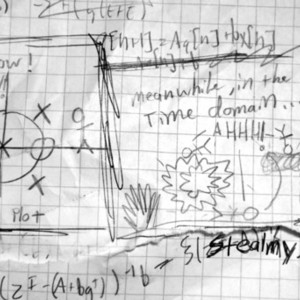 Reimbursement and direct-to-vendor checks processed by SAFO from July to December 2009. Volume spikes at the end of term.
Source: Jed W. Wartman 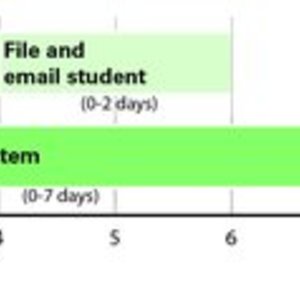 Physics Professor Peter H. Fisher and Associate Professor Christoph M. E. Paus, emcees for the Physics Rock Concert in 54-100 on Sunday, attempt to wipe the audience’s memory at the end of the night. The Physics Rock ...
Aditi Verma—The Tech

Finalists in the $100K Business Plan Contest networked at Bob Metcalfe’s ’68 home last Friday evening. The winners will be announced at the finale in Kresge on Wednesday.
Jarrod T. Phipps

Robert Downey Jr. reprises his role as the charming and ambitious inventor in Iron Man 2.
Courtesy of Industrial Light and Magic

Jónsi captivates the crowd with his hypnotic falsetto at the House of Blues in Boston last Wednesday. The lead singer of Icelandic band Sigur Rós, he is currently on tour promoting his first solo album, Go.
Andrea Milena Pagán

Lori Berenson stands in a courtroom at Santa Monica Prison in Lima, Peru, on May 25. Berenson, serving a 20-year sentence in Peru for aiding leftist guerrillas, was granted house arrest by the judge after some 15 year...
Paolo Aguilar—EPA 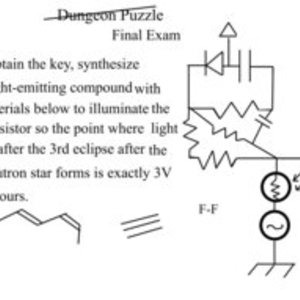 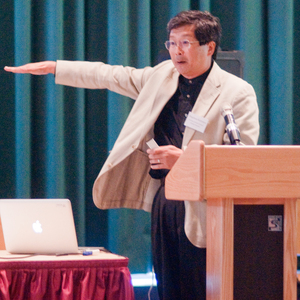 Shigehisa Kuriyama, professor of cultural history at the Harvard Department of East Asian Languages and Civilizations, speaks on the “Divergence of Greek Medicine and Traditional Chinese Medicine through the lens of m...
Michael Yu—The Tech 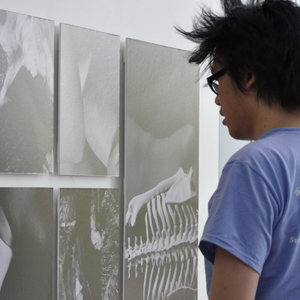 A visitor at the “Through the Lens: Time” exhibition inspects “Organic” by Biyeun Buczyk ’10 at the Media Lab on Wednesday. The show, an initiative of instructor Andrea Frank of the MIT Program in Art, Culture, and Te...
Florence Gallez—The Tech 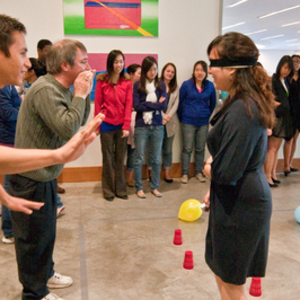 Phyo Nyi Nyi Kyaw ’10 (left) directs Leadership Training Institute co-founder Semmie Kim ’10 through a maze of balloons and cups at the Stata Center on Sunday during a game organized by high school participants in the...
David Chen—The Tech 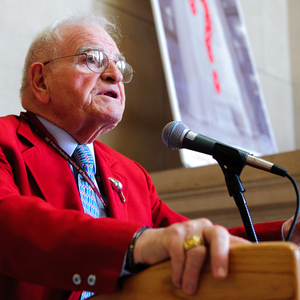 MIT President Emeritus Paul E. Gray ’54 speaks Friday at the inauguration of the Lobby 7 Design Contest. The competition, jointly organized by the MIT Class of ’54 and the School of Architecture and Planning, asks MI...
Sam Range—The Tech
All Photos From Issue