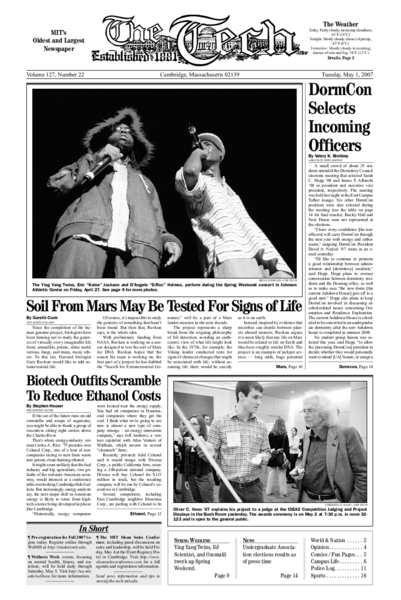 <i>The following incidents were reported to the MIT Police between April 17 and April 23, 2007. This summary does not include incidents such as false alarms, general service calls, or medical shuttles.</i>

The following officers were elected by the Undergraduate Association Council during a UA meeting on Monday, April 23.

If the car of the future runs on old cornstalks and scraps of sugarcane, you might be able to thank a group of executives sitting eight stories above the Charles River.

Soil From Mars May Be Tested For Signs of Life

Since the completion of the human genome project, biologists have been fanning out to study the genetics of virtually every imaginable life form: armadillo, potato, slime mold, various fungi, and many, many others. To this list, Harvard biologist Gary Ruvkun would like to add extraterrestrial life.

A small crowd of about 25 students attended the Dormitory Council elections meeting that selected Sarah C. Hopp ’08 and James T. Albrecht ’08 as president and executive vice president, respectively. The meeting was held last night at the East Campus Talbot lounge. Six other DormCon positions were also selected during the meeting (see the table on page 14 for final results). Bexley Hall and Next House were not represented at the elections.

Yesterday started off very cold and damp, however it quickly shifted to sunny weather and temperatures slightly above 70°F. If you are curious about the source of this springtime variability, at least part of it is due to the jet stream that is currently located over Boston. The jet acts as a guide for smaller scale perturbations that can potentially cause weather variations over a few hours. Also, since the jet stream in the upper atmosphere is concomitant with a large temperature gradient near the surface and lower atmosphere, to be close to the jet is also to be close to the boundary between the polar air masses and the tropical air masses. This is yet another source of variability since it provides the potential for rapid changes in temperature due to air crossing over either from the pole or from the equator side of the boundary.

A senior commander in the American military’s main detention center here testified Monday at a military hearing that his predecessor, Lt. Col. William H. Steele, gave computer programs and other gifts to the daughter of a high-value detainee.

The largest bloc of Sunni Arabs in the Iraqi parliament threatened to withdraw its ministers from the Shiite-dominated cabinet Tuesday in frustration over the Iraq government’s failure to deal with Sunni concerns.

A jury found five British Muslim men guilty on Monday of planning fertilizer-bomb attacks around London, ending a yearlong trial that linked the plotters with two of the four men who blew themselves up on London’s transit system in July 2005.

The Bush administration on Monday proposed leasing out millions of acres along the coasts of Alaska and Virginia to oil and gas drillers, a move that would end a longstanding ban on drilling in those environmentally sensitive areas.

In its first study of how an American company treats its workers, Human Rights Watch asserted Monday that Wal-Mart’s aggressive efforts to keep out labor unions often violated federal law and infringed on its workers’ rights.

Gov. Timothy M. Kaine of Virginia closed a loophole Monday in the state’s gun laws that allowed a mentally disturbed Virginia Tech student to buy the guns used in a shooting rampage this month that left 33 dead at the university.

Climate scientists may have significantly underestimated the power of global warming from human-generated heat-trapping gases to shrink the cap of sea ice floating on the Arctic Ocean, according to a new study of polar trends.

The Institute’s abrupt and highly publicized dismissal of Marilee Jones, MIT’s dean of admissions, was a disgrace. Yes, apparently 28 years ago Dean Jones made a serious mistake when she misrepresented her educational credentials. But look at her record of accomplishment while at MIT. She has won numerous awards and been recognized as a national leader in the undergraduate admissions process. Several years ago I had the pleasure of working closely with her in helping to evaluate applications to the freshman class. She was dedicated, tireless, professional, and compassionate. As far as I know, no one has ever criticized her as being unqualified. In fact, her many accolades testify to the reverse. The MIT process of harsh and sudden termination has zeroed out everything Marilee has done in a 28-year MIT career. And it has resulted in frenetic media coverage in local, national, and international news. For most “crimes,” the statute of limitations is far less than 28 years. Was Jones’ “crime” equivalent to a felony having no statute of limitations? Was it impossible for the MIT administration to negotiate a quiet private resignation of Dean Jones? Why the need for public humiliation? Where is the compassion that I have always attributed to the MIT family? Despite 46 years here (as student and faculty member), today I feel estranged from a community that could treat one of its own with such cruelty.

The Engineers baseball team made it to the conference finals but lost, as they did last year in this game, to Wheaton college. Starting last Thursday, MIT shut out Springfield 3-0 in the quarterfinals, out-hit Coast Guard 15-12 in the semifinals, but fell in the title game 6-1.

By The Student Information Processing Board (SIPB) May. 1, 2007

Ever wondered how you can get to your files from any Athena computer? How lockers work? How you can share files with your friends? In today’s issue of Ask SIPB, we’ll cover these questions and more.

<i>MIT undergraduate Scott Berdahl spent a year traveling the world to see what all the fuss was about. Over seven months, he traveled from Moscow to Delhi by train, bus, horseback, and on foot, having his share of adventure along the way.</i>

Are you interested in health on campus? Interested in medicine in general? Well, so are we! We’re the Student Health Advisory Committee, or SHAC, and this is the first of our bi-monthly columns that will focus on the health issues you care about. 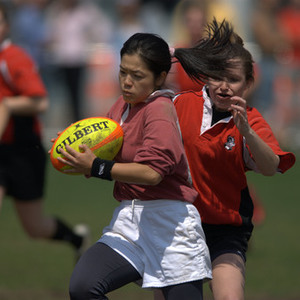 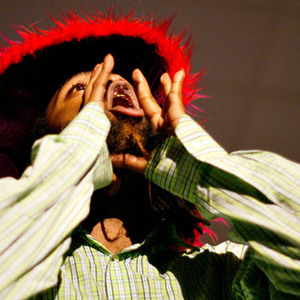 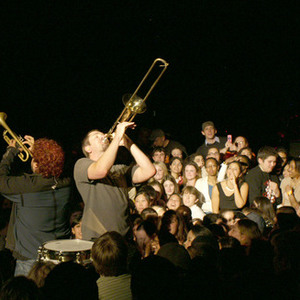 Ozomatli works its way through the crowd, leading a conga line. The group opened for the Ying Yang Twins in Johnson Athletic Center on Friday, April 27, as part of the annual Spring Weekend concert.
Brian Hemond—The Tech 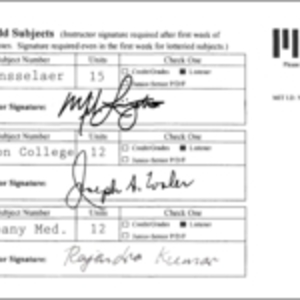 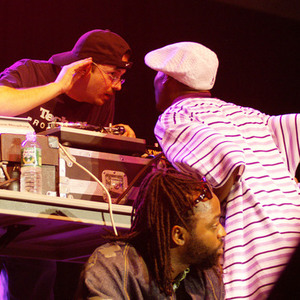 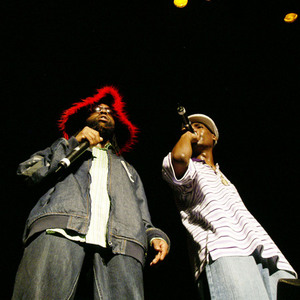 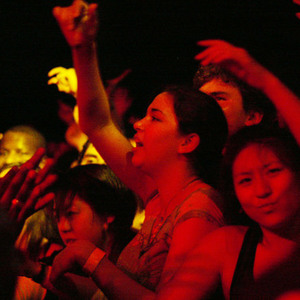 The crowd gets low with the Ying Yang Twins. The Ying Yang Twins performed in Johnson Athletic Center on Friday, April 27, as the main act following Ozomatli in the annual Spring Weekend concert.
Brian Hemond—The Tech 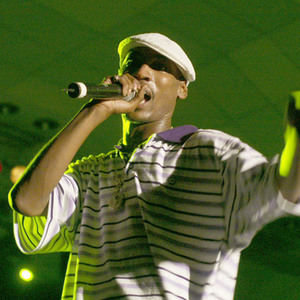 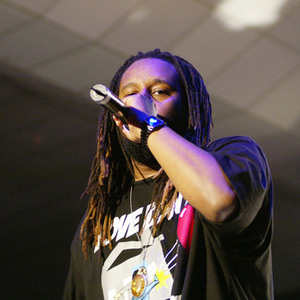 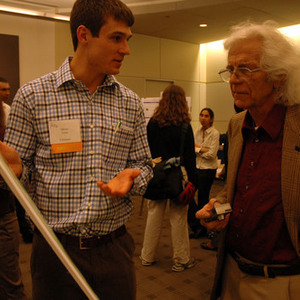 Oliver C. Venn ’07 explains his project to a judge at the IDEAS Competition Judging and Project Displays in the Bush Room yesterday. The awards ceremony is on May 2 at 7:30 p.m. in room 32-123 and is open to the gener...
christina S. kang—the tech 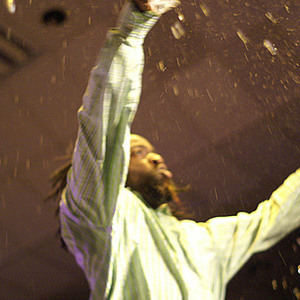 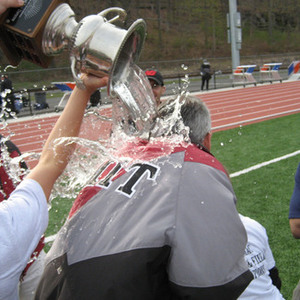 A coach from the U.S. Coast Guard Academy looks on as Rachel M. Niehuus ’07 dumps a trophy-full of cold water on Fletcher A. Brooks, head coach of the women’s track and field team. Both the men’s and women’s teams pla...
Patrick R. Barragan 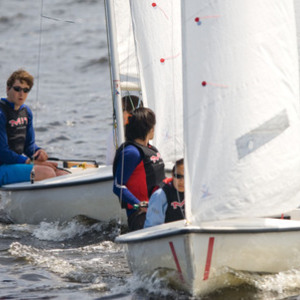