From meatless Mondays to glossy vegan cookbooks, embracing a plant-only diet is becoming both easier and much more appetizing. Hopping aboard this trend is By Chloe, which recently opened its eighth location (and only its second outside New York) in Boston’s Seaport district.

Specializing in South Indian and Sri Lankan dishes, Suvaai offers up sumptuous subcontinental soul food for a price that won’t make your eyes water – even if its punchy curries might.

If 2016 has taught us anything, it’s that politics today is all about performance — a conclusion inescapably reached in Miss Sloane, the new Beltway-based political thriller from John Madden.

The film’s ambition in trying to tell several stories at once can’t be faulted, but we are left wanting a little more of each.

Meju’s Seoulful fare is worth a trip to Davis Square 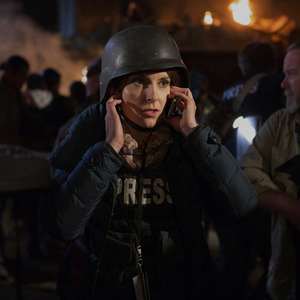 WTF offers a unique perspective on life on the front line

Reviews often destroy movies, and only rarely, as in the case of Whiskey Tango Foxtrot, do they create them. In 2011, a New York Times review of Kim Barker’s wartime memoir The Taliban Shuffle described Barker as “a sort of Tina Fey character, who unexpectedly finds herself addicted to the adrenaline rush of war.” This caught the eye of Fey herself, who began pulling strings to bring Barker’s story to movie audiences as Whiskey Tango Foxtrot.

Moore’s war of hearts and minds

The title of Michael Moore’s latest documentary, Where to Invade Next, seems to reflect ambivalence on the part of its creator. It is after all no coincidence that Moore’s trio of breakout box office hits — Bowling for Columbine, Fahrenheit 9/11, and Sicko — appeared during the administration of his antagonist-in-chief, George W. Bush. Though no one would pretend that mass shootings have subsided since the release of Bowling for Columbine, the election of President Obama saw the formal end of the Iraq War and the passing of health care reform — the subjects of Fahrenheit 9/11 and Sicko, respectively. The working title of Moore’s latest project might as well have been, What To Tackle Next?

It seems more than a little fitting that Jay Roach’s new biopic, Trumbo, is classified as a ‘Drama’ for the forthcoming Golden Globes in spite of its studio’s preference for it to be considered in the less competitive Comedy category. This is fitting not only since Trumbo is a movie that doesn’t quite know what it wants to be, but also because it betrays the navel-gazing, self-referential tendencies of Hollywood that the movie initially seeks to satirize but ultimately falls victim to itself.

Fired up, dumbed down? William F. Buckley and the decline of political discourse

Lamenting the state of American political discourse is a popular refrain at present, and it’s not hard to see why. At a time when offensive statements from the likes of Donald Trump and Ben Carson serve not as campaign-ending gaffes but as anabolic steroids for the presidential horse-race; when blowhard cable news anchors generate much heat but little light on the issues de l’heure; and when social media has opened up a whole new realm for shocking anger and abuse, the desire to tune out of political speech altogether and only pay attention biennially and briefly has never been stronger. MIT Professor Heather Hendershot’s forthcoming book, Open to Debate: How William F. Buckley Put Liberal America on the Firing Line — which she introduced at an Oct. 22 colloquium — could not be more timely, with its simple central question: how, exactly, did it come to this?