Dance Review A Fairies' Night Out

George Balanchine's ballet, <i>A Midsummer Night's Dream</i>, conveys Shakespeare's tale of love and magic through a compelling interaction of vibrant visuals, exquisite choreography, and Mendelssohn's stirring score. The ballet debuted in New York City in 1962 and has finally found its way to Boston for the first time. 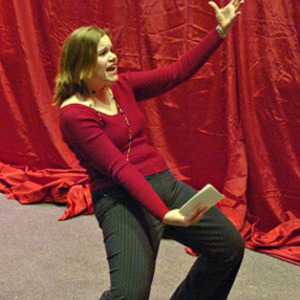 THEATRE REVIEW My Vagina Is a Tech Article

Last week marked the sixth annual MIT production of the <i>The Vagina Monologues</i>, a series of short skits designed to break the cultural taboos surrounding women's issues. Specifically, the production addresses worldwide violence against women and related atrocities by exploiting the power of theater as a forum for uninhibited speech. Young women — typically one at a time, as the title suggests — deliver stories of love, terror, happiness, strife, and hope as told through their adopted characters, most of which are based on the accounts of actual women interviewed by playwright Eve Ensler.

PREDICTION And the Oscar Goes to . . .

And the Oscar goes to ... Marky Mark?