The need to hold Abbas accountable

The role of Abbas and his government in the downfall of the peace process must be recognized and condemned on the international scale.

Facebook struggles to put out online fires in Israeli-Palestinian conflict

JERUSALEM — When fires raged across Israel last month, Anas Abudaabes began to type on his laptop. What came out would land him behind bars and ignite a debate over whether he had tried to fan the flames of hatred, in this case literally. 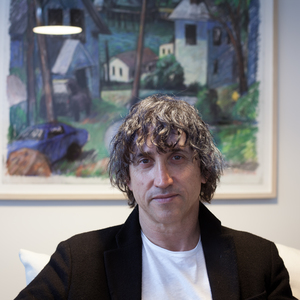 America is now my home, but unlike many people who “immigrate” and then go through the process of building a life in their new country, I gradually built a life to the point where I can now say that I have indeed “immigrated.”

Why is Arab violence taken as a given?

On Dec. 6, 2017, President Trump announced that America officially acknowledges Jerusalem as Israel’s capital, and would eventually move the embassy from Tel Aviv to Jerusalem. Referring to this as “acknowledging the obvious,” Trump explained that Israel is a sovereign state, recognized internationally and by the U.S., with the right to determine its own capital. In his declaration, Trump reiterated that such a move has no bearing on the city’s status under any peace agreement.

Addressing falsities in ‘A Not-So-Merry Christmas in Jerusalem’

The Jan. 11 opinion piece in The Tech titled “A Not-So-Merry Christmas in Jerusalem” was littered with factual inaccuracies.

Understanding the Palestinian struggle is not difficult

"Dialogue" is not what is needed in the Palestinian struggle.