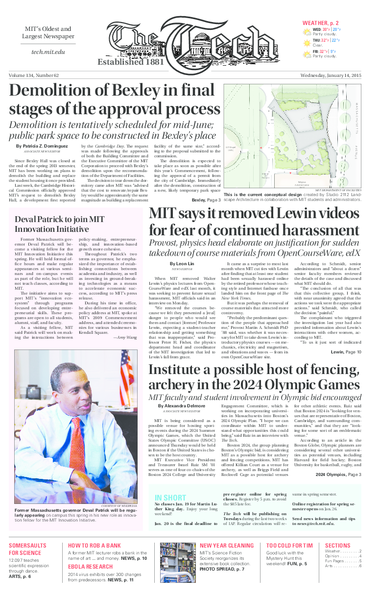 At the Broad Institute of MIT and Harvard, in a lab run by accomplished computational geneticist Pardis Sabeti ’97, researchers have collaborated with institutions in the U.S. and abroad to sequence and analyze more than 99 Ebola virus genomes collected by fellow scientists in Sierra Leone. They are on the lookout for mutations that could aid in developing new treatment options for Ebola, or that could serve as indications that the virus is evolving to become more deadly. 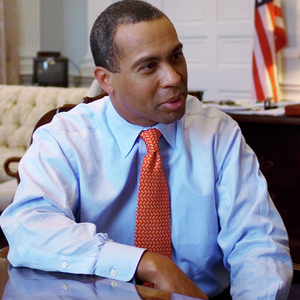 Former Massachusetts governor Deval Patrick will become a visiting fellow for the MIT Innovation Initiative this spring. He will hold formal office hours and make regular appearances at various seminars and on-campus events as part of the role, but he will not teach classes, according to MIT.

The rest of this week promises to be very cold. With high pressure as the norm through the end of the week, the skies should remain relatively clear, and along with cold northerly winds, allow the temperatures to get well below freezing each night. On Friday night, a passing low to the north will bring down cold northern air and result in temperatures dropping into the single digits (°F). After this morning, the chance of snow will be very low until the end of the weekend, when it should get much warmer and possibly rain.

Institute a possible host of fencing, archery in the 2024 Olympic Games

MIT is being considered as a possible venue for hosting sporting events during the 2024 Summer Olympic Games, which the United States Olympic Committee (USOC) announced Thursday would be held in Boston if the United States is chosen to be the host country.

When MIT removed Walter Lewin’s physics lectures from OpenCourseWare and edX last month, it was seeking to prevent future sexual harassment, MIT officials said in an interview on Monday. 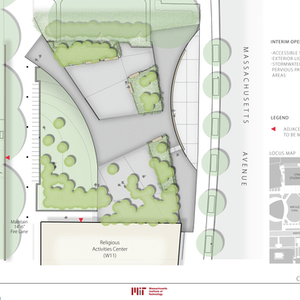 Demolition of Bexley in final stages of approval process

Since Bexley Hall was closed at the end of the spring 2013 semester, MIT has been working on plans to demolish the building and replace the student housing it once provided.

Former lecturer Joseph Gibbons, who taught in MIT’s Art, Culture, and Technology (ACT) program from 2002 to 2010, was arrested last Thursday after robbing a bank and recording the experience with a pink-and-silver video camera for a film project. Gibbons approached a teller at a Capital One branch in New York’s Bowery with a note that read, “This is a robbery. Large bills. No dye packs/ No GPS,” and fled after taking roughly $1000, according to press reports.

It’s generally frowned upon to do a somersault in a research presentation, but this was an exception. As the music started, the students leapt onto the stage and wordlessly described their topic in a series of graceful pirouettes, dipping and weaving around each other while seeming to be propelled by their arms. “Motion of Bacteria through Flagella,” the program said.

This is the current conceptual design created by Studio 2112 Landscape Architecture in collaboration with MIT students and administrators.
MIT Department of facilities

Former Massachusetts governor Deval Patrick will be regularly appearing on campus this spring in his new role as innovation fellow for the MIT Innovation Initiative.
Courtesy of Wikipedia 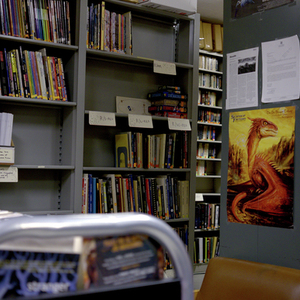 Monday evening found the reopened library in this state. The now-contiguous paperback section extends off to the right, and the taller-spaced shelves of comics, magazines, and references occupy the area to the left. O...
Omari Stephens—The Tech 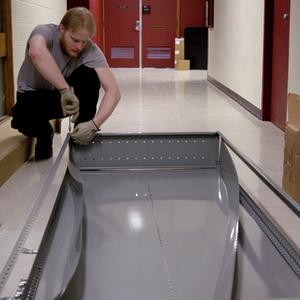 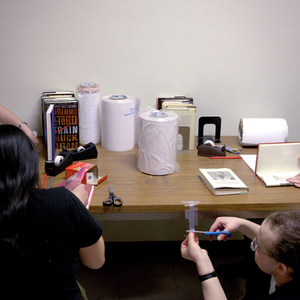 Yelena Tsitkin ’06, Jennifer Chung ’02, D.W. Rowlands G, and Laura A. McKnight ’15 work together to add custom-sized protective covers to the dust-covers of books before they are shelved. The hardcover books had been ...
Omari Stephens—The Tech 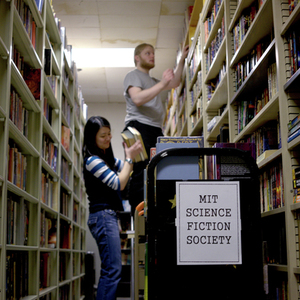 Two years after a similar undertaking in 2013, the MIT Science Fiction Society (MITSFS) closed this past weekend to perform another phase of reorganization. The overarching goal was to make books easier to find in the...
Omari Stephens—The Tech 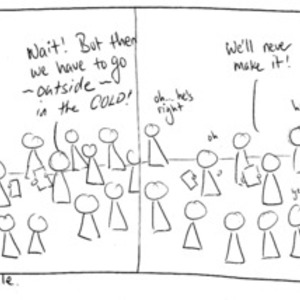 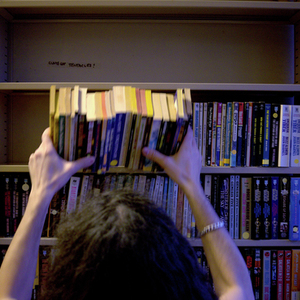 As part of an effort to consolidate the paperback section, James K. Hobin ’16 re-shelves an armful of books. It is estimated that MITSFS circulates around 46,000 books, not including the 4,000 reserve books which can ...
Omari Stephens—The Tech
All Photos From Issue