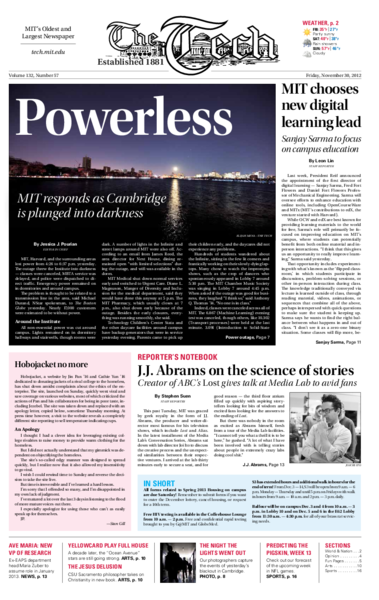 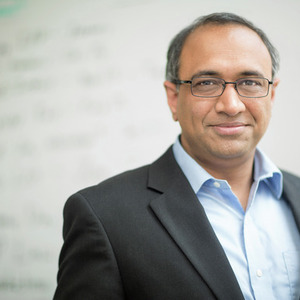 All forms related to Spring 2013 Housing on campus are due Saturday! Remember to submit forms if you want to enter the December lottery, cancel housing, or request for a 10th term. 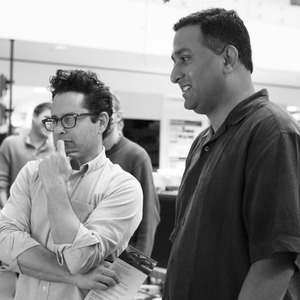 REPORTER’S NOTEBOOK: J.J. Abrams on the science of stories

This past Tuesday, MIT was graced by geek royalty in the form of J.J. Abrams, the producer and writer-director most famous for his television shows, which include Lost and Alias. In the latest installment of the Media Lab’s Conversation Series, Abrams sat down with lab director Joi Ito to discuss the creative process and the unexpected similarities between their respective ventures. I arrived at the lab thirty minutes early to secure a seat, and for good reason — the third floor atrium filled up quickly with aspiring storytellers looking for bits of wisdom and excited fans looking for the answers to the ending of Lost.

Hobojacket, a website by Jin Pan ’16 and Cathie Yun ’16 dedicated to donating jackets of a rival college to the homeless, has shut down amidst complaints about the ethics of the enterprise. The site, launched on Sunday, quickly went viral and saw coverage on various websites, most of which criticized the actions of Pan and his collaborators for being in poor taste, including Jezebel. The site was taken down and replaced with an apology letter, copied below, sometime Thursday morning. At press time however, a visit to the website reveals a completely different site reporting to sell temperature indicating cups.

New VP of research in 2013 among administrative changes

On Jan. 16, 2013, Maria Zuber, former Earth, Atmospheric, and Planetary Sciences (EAPS) department head, will assume the role of MIT’s vice president for research. President L. Rafael Reif announced the news in an email to the MIT community on Tuesday. Zuber has been an MIT faculty member since 1995 and is currently the E.A. Griswold Professor of Geophysics. In the email, Reif refers to Zuber as a “compelling advocate for farsighted national investment in university research” and mentions that she is “extraordinarily well prepared to lead MIT in federal research policy and administration” given her experience in Washington. 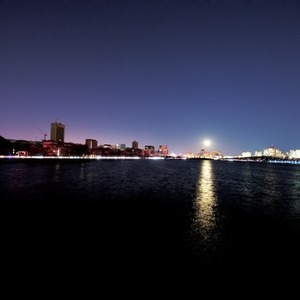 MIT, Harvard, and the surrounding areas lost power from 4:26 to 6:37 p.m. yesterday. The outage threw the Institute into darkness — classes were canceled, MBTA service was delayed, and police were dispatched to direct traffic. Emergency power remained on in dormitories and around campus.

Philip J. Hanlon, the provost of the University of Michigan, will be the next president of Dartmouth College, starting in July.

UN, in blow to US, heightens the status of Palestine

UNITED NATIONS — More than 130 countries voted Thursday to upgrade Palestine to a nonmember observer state of the United Nations, a triumph for Palestinian diplomacy and a sharp rebuke to the United States and Israel.

Main airport and web are disrupted in Syria

BEIRUT, Lebanon — Syria lost two major links with the outside world Thursday as the largest commercial airport in the capital canceled flights because of fighting nearby and Internet access disappeared across the country, perhaps signaling an impending escalation by the government against the uprising, opponents of the Syrian government said.

WASHINGTON — The success cited by Israel for its Iron Dome anti-missile system in its confrontation with Hamas has re-energized U.S. missile defense advocates and generated new interest in the global arms bazaar from nations like South Korea that face a short-range rocket threats from hostile neighbors.

SEOUL, South Korea — Kim Jong Un, North Korea’s leader, has replaced his defense minister with a hard-line general as part of his effort to fill the army leadership with a new generation of officers loyal to him, South Korean officials said Thursday. 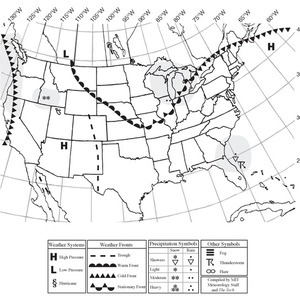 Cold weather to warm next week

A series of unsettled weather will move through New England this weekend, bringing alternating periods of precipitation and warmth. Today and tomorrow will remain cold; however, expect temperatures to warm up by early next week.

WASHINGTON — The Senate Judiciary Committee on Thursday approved a bill that would strengthen privacy protection for emails by requiring law enforcement officials to obtain a warrant from a judge in most cases before gaining access to messages in individual accounts stored electronically.

On Sunday, November 18, Yellowcard played before a sold-out crowd in the Boston House of Blues after performances from special guests The Wonder Years and We Are the In Crowd. The concert lasted nearly two hours and consisted of a twenty-song setlist, three of which were performed during the encore.

The resurrection as a case study in evidence versus faith

In his recent book Atheism and the Case Against Christ, Matthew McCormick, a professor of philosophy at CSU Sacramento, takes issue with the most fundamental claim of Christianity: Jesus came back to life after being dead for three days.

Mitchell H. Kates ’13 scored a season-high 27 points to help No. 1 ranked MIT to a 70-60 victory over nearby rival Tufts University in men’s basketball action in Rockwell Cage. The Engineers held the Jumbos to just 36 percent shooting as they improved to 5-0 with the victory. Freshman Ben Ferris was the only player in double figures for Tufts with 17 points as the Jumbos saw their record evened at 3-3 for the season.

Professor Sanjay E. Sarma has been appointed as the new Director of Digital Learning. President Reif made the announcement on November 20.
Bryce Vickmark

Much of Cambridge was out of power for two hours on Thursday evening. The blackout was believed to be related to a transmission line.
Elijah Mena—The Tech 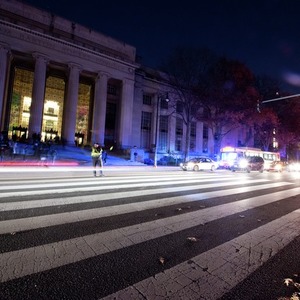 A policeman directs traffic in front of 77 Mass. Ave. Traffic was bumper to bumper from the Harvard Bridge to Central Square.
Elijah Mena—The Tech 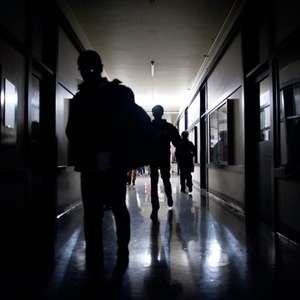 Students make their way down a darkened Infinite Corridor Thursday evening after power went out in Cambridge.
Christopher A. Maynor—The Tech 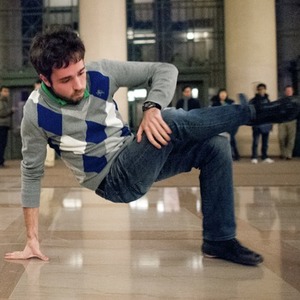 Nicholas A. Pellegrino ’12, a member of the break dance group Imobilare, performs in Lobby 7 during the blackout. Dancers from the group Constructs also performed. Many people, evacuated in the surrounding buildings, ...
Christopher A. Maynor—The Tech 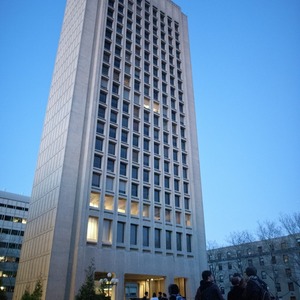 Out of the Green Building’s many windows, only a few were still lit after the blackout.
Christopher A. Maynor—The Tech 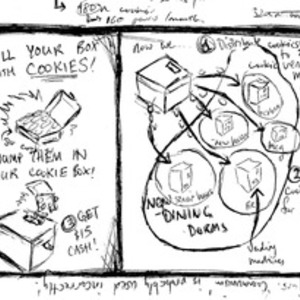 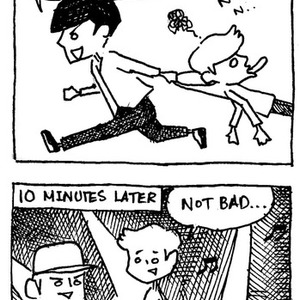 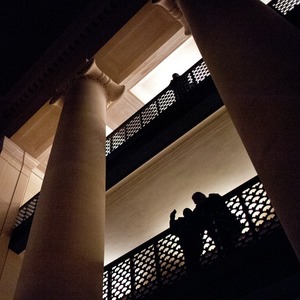 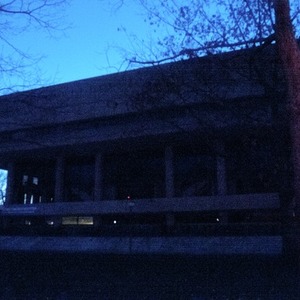 All lights were out in the Student Center during the power outage.
Jessica L. Wass—The Tech 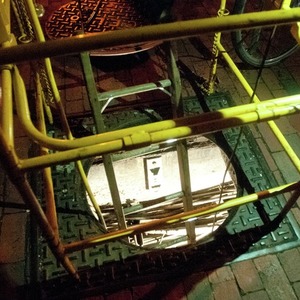 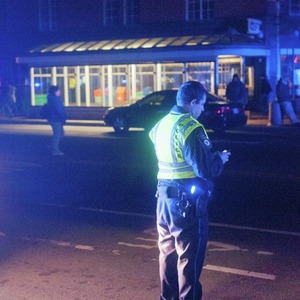 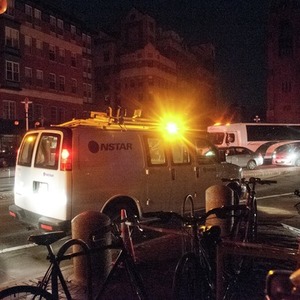 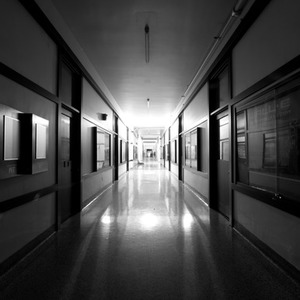 The Infinite Corridor was only partly illuminated during the power outage.
Elijah Mena—The Tech 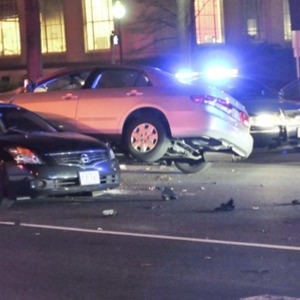 A car crash occurred at the intersection of Mass. Ave. and Memorial Drive at approximately 7:30 p.m. on Thursday evening. One lane of traffic was blocked and a police officer directed traffic at the intersection.
Tami Forrester—The Tech
All Photos From Issue