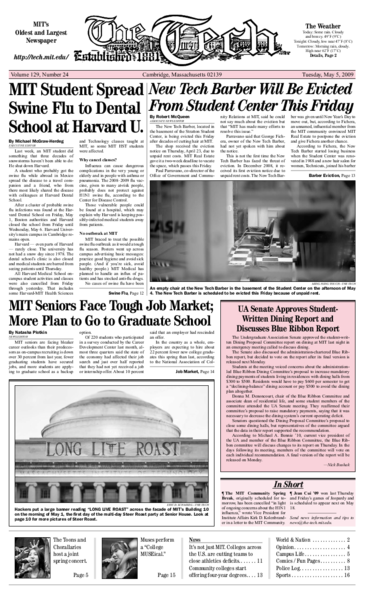 Last week, an MIT student did something that three decades of snowstorms haven’t been able to do: He shut down Harvard.

MIT seniors are facing bleaker career outlooks than their predecessors as on-campus recruiting is down over 30 percent from last year, fewer graduating students have secured jobs, and more students are applying to graduate school as a backup option.

Universities Cut Teams as They Trim Their Budgets

After three decades of steady growth in the number of teams and student-athletes, colleges and universities large and small, private and public, east and west, are slashing millions of dollars from their sports budgets.

<b>¶ Should I care about swine flu? </b>If you catch influenza, you will feel sick for several days. If you’re very young, old, or have pneumonia or asthma, the flu could cause dangerous complications. The swine flu (influenza A subtype H1N1) has been blamed for more than a hundred deaths in Mexico, numbers that caused worldwide alarm last week. But the confirmed death toll in Mexico is much lower — 25 deaths among 590 laboratory-confirmed cases, according to the World Health Organization. The United States had one death in 286 cases, according to the CDC. The disease “is not stronger than regular seasonal flu,” said Homeland Security Secretary Janet A. Napolitano last night.<b></b> 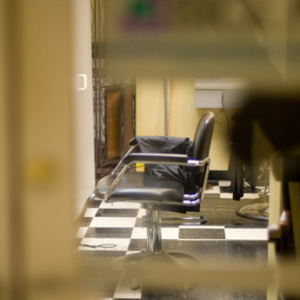 New Tech Barber Will Be Evicted From Student Center This Friday

The New Tech Barber, located in the basement of the Stratton Student Center, is being evicted this Friday after decades of cutting hair at MIT.

When LaKisha Coleman received her associate’s degree at Miami Dade Community College six years ago, her best bet for a bachelor’s degree seemed to be at the more expensive Florida International University.

President Hamid Karzai named a powerful former warlord as one of his two vice-presidential running mates on Monday, a day of scattered insurgent attacks that left as many as 26 people dead.

For many investors, breaking even never felt so good.

Hamas Says It Has Grounded Its Rockets to Israel

The leader of the militant Palestinian group Hamas said Monday that its fighters had stopped firing rockets at Israel for now. He also reached out in a limited way to the Obama administration and others in the West, saying the movement was seeking a state only in the areas Israel won in 1967.

Medical experts are calling the new influenza virus A (H1N1), but for many Mexicans it is simply a scarlet A.

Sumit Sapra is a member of that ambitious, impatient generation of young Indians who rode the crest of the global economy. In five years, he changed jobs three times, quadrupling his salary along the way.

Seasonal allergy sufferers don’t need the visual cue of the blooming flowers and budding leaves to know that everything is coming alive. The recent hot spell is partially to blame for the sudden rise in sneezing and stuffy noses as the near record temperatures have really accelerated the greening of trees and plants. Along with the warmth, days with low humidity and a stiff breeze can really aggravate the suffering as pollen is more easily suspended in the air.

Plunging Nepal into a fresh political crisis after a decade of war, the prime minister resigned Monday in a power struggle over his dismissal of the army chief.

It was all the way back in the middle of November when I first wrote about the brewing issue of appointments to the Nuclear Regulatory Commission. To catch you up: the NRC is led by a five-man commission, with one of them serving at the President’s discretion as the chairman of the body. The commission controls the high level nuclear regulatory policy in the United States, and as such plays an important role in the development of nuclear power.

The recent decision by the athletic department to eliminate eight sports from the Varsity program at MIT was supposedly made using an objective process:

The MIT men’s track and field team picked up a second-straight runner-up finish at the NCAA New England Division III Outdoor Championship over the weekend at Springfield College. Despite winning just two individual events, the Engineers were able to secure a comfortable second-place standing with 108 points, well ahead of third-place Springfield’s total of 56. Sophomore Stephen A. Morton ’10 eclipsed a 73-year old Institute record with his winning effort in the long jump.

After a tense season filled with painstakingly close matches and a narrow overall point difference, the MIT Sport Taekwondo team took first place at the last ECTC (Eastern Collegiate Taekwondo Conference) tournament of the year at Columbia University on Saturday, April 25th. For the team, coached by head instructor Master Dan Chuang and led by captains Corinna Hui ’09 and Christopher J. Han ’09, this victory was an accompaniment to a much greater achievement: the title of ECTC champions for the 2008–2009 season. This is the first time the team has taken home the cup since the 2005–2006 season. Hui was also named female MVP for the league, an honor given to a competitor who shows both excellence in competition and leadership.

Phillips Named NEWMAC Player of the Year; Barlow Selected Coach of the Year

MIT enjoyed unprecedented recognition as the NEWMAC announced its major award winners and all-conference teams for the 2009 baseball season. Senior Thomas M. Phillips ‘09 slugged his way to Player of the Year honors behind the best offensive season in team history, while Andy Barlow was named Coach of the Year after guiding the Engineers to an appearance in the NEWMAC Championship for the second time in three years.

Animals and I, historically speaking, have had a complicated relationship. I like most of them well enough, but I’m not really the sort of person that feels comfortable approaching someone walking their dog on the street, for example. I guess the awkwardness is mutual, since being approached and petted by someone who clearly isn’t self-confident doesn’t seem to appeal to the animals, either. (A note to the unwillingly single: that applies to humans, as well.) 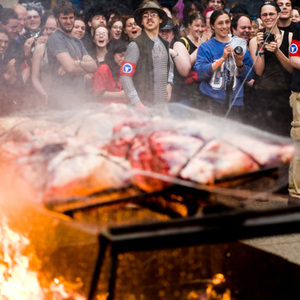 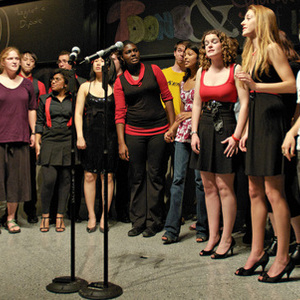 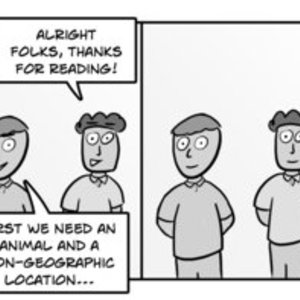 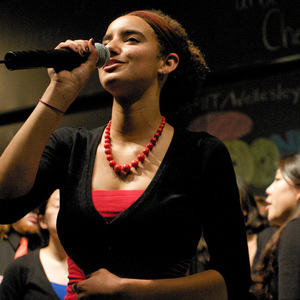 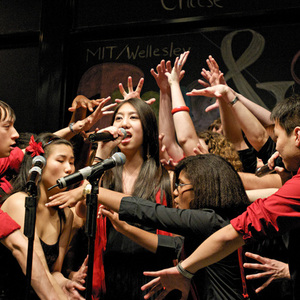 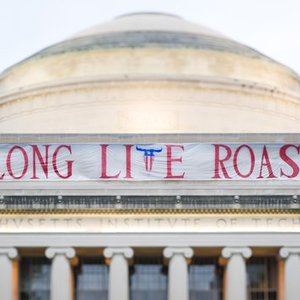 Hackers put a large banner reading “LONG LIVE ROAST” across the facade of MIT’s Building 10 on the morning of May 1, the first day of the multi-day Steer Roast party at Senior House. Look at page 10 for more pictures ...
Eric D. Schmiedl—The Tech 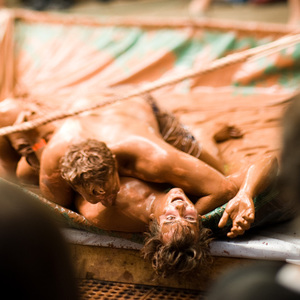 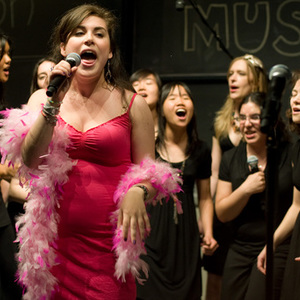 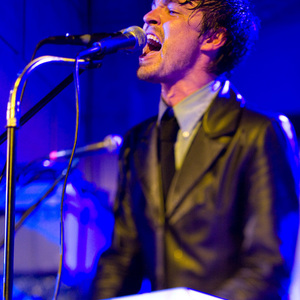 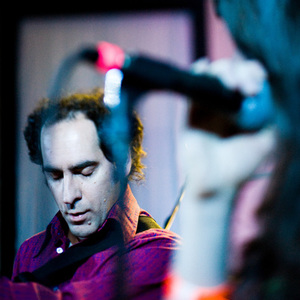 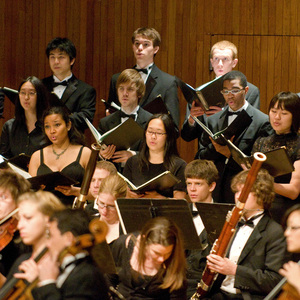 Members of the MIT Concert Choir perform “Te Deum for the Empress Marie Therese” by Franz Joseph Haydn during their spring concert on May 3 in Kresge.
Yuanyu Chen—The Tech 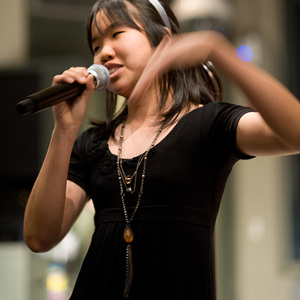 Phitchaya Phothilimthana ’12 sings “Can’t Help Falling in Love,” the final song at the Muses’ spring concert on May 3 in 10-250.
Meng Heng Touch—The Tech 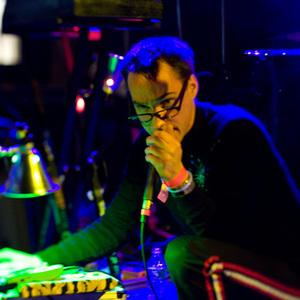 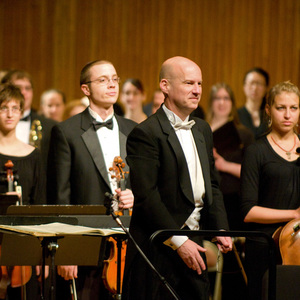 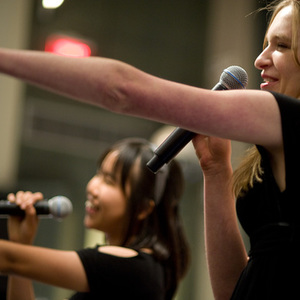 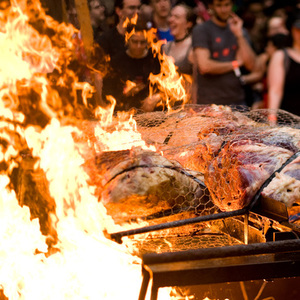 Flames emerging from the steer-roasting pit mark the beginning of Steer Roast on May 1 hosted by MIT’s Senior House.
Eric D. Schmiedl—The Tech 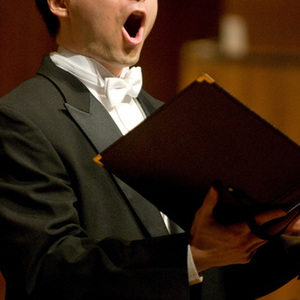 Martin Frankland G of the MIT Concert Choir performs a solo during “Mass in C major, Op. 86,” by Ludwig van Beethoven at the choir’s spring concert on May 3 in Kresge.
Yuanyu Chen—The Tech 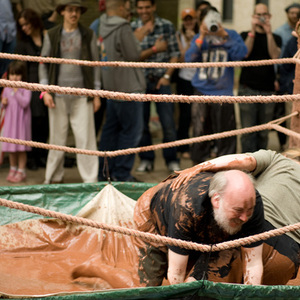 Housemasters Henry and Cynthia Jenkins kicked off the mud wrestling with their last match as Senior House housemasters, as Henry Jenkins has decided to accept a position at the University of Southern California. Mud w...
Eric D. Schmiedl—The Tech
All Photos From Issue