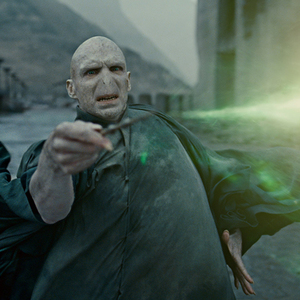 Harry Potter and the Deathly Hallows: Part 2 starts right where its predecessor ended and provides an epic finale for the eight-part movie adaptations to J.K. Rowling’s Harry Potter series. Harry (Daniel Radcliffe) and his friends Ron (Rupert Grint) and Hermione (Emma Watson) are seeking the deathly hallows, artifacts that will help them defeat the evil antagonist Lord Voldemort (Ralph Fiennes) by allowing them to destroy his horcruxes. The horcruxes are soul stones that grant Voldemort immortality as long as they are intact. At the end of the previous movie, Voldemort had managed to capture one of the three deathly hallows, the incredibly powerful “Elder Wand,” from Albus Dumbledore’s grave, before Harry and his friends could get it. The final Harry Potter movie flows seamlessly from is predecessor by opening with the same scene.

Hanna opens with some beautiful panoramas of the beautiful, snow-covered remote wilderness of Finland. In this silent, almost enchanted landscape, a girl — later introduced as Hanna (Saoirse Ronan) — hunts and eventually kills a stag, demonstrating some unusual skills for a 16-year-old. Soon it becomes clear that Hanna has mostly been living alone with her father Erik (Eric Bana). Erik, a former CIA agent, has been training his daughter her entire life to become an assassin. The two have been hiding from civilization since the day she was born, and Hanna’s only knowledge of the outside world comes from the languages and information that her father teaches her from books. This knowledge remains very abstract to the girl, though. In one scene Hanna asks her father about the sound of music — she knows the definition of “music” from an encyclopedia but has never heard any. Ronan lists this curiosity as one of her favorite aspects of her character: “We meet her as she goes out on her own, and when she does she is fascinated by everyone and everything she comes across. My favorite quality of hers is that she is non-judgmental; she shows an open mind to, and a fascination with, everything.” 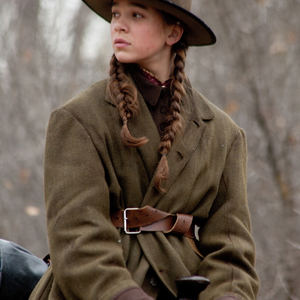 The latest film by Joel and Ethan Coen, True Grit is the second adaptation of the 1968 novel by Charles Portis about a tough U.S. Marshal helping a stubborn young girl find her father’s murderer. John Wayne starred in the 1969 adaptation as U.S. Marshal Rooster Cogburn. True Grit is has been nominated for 10 Academy Awards, including Best Picture, Best Director, and Best Actor (Jeff Bridges). Fifteen-year-old newcomer Hailee Steinfeld, who was chosen among 15,000 other competitors for the role of Mattie Ross, was nominated in the category Best Supporting Actress.

FILM REVIEW Living up to its legacy?

In Tron: Legacy, Joseph Kosinski presents the sequel to the classic 1982 science fiction film Tron. Tron: Legacy was produced by Steven Lisberger, the original Tron’s director, and features Jeff Bridges, reprising his role as the protagonist hacker and game developer Kevin Flynn. Despite a shallow storyline, which mainly feeds on ideas from the original movie, Tron: Legacy is epic thanks to its amazing visuals and the fantastic soundtrack, composed by the French duo Daft Punk.

FILM REVIEW The truth behind the housing bubble

The documentary Inside Job by former MIT graduate Charles Ferguson ’89 explains the background of the global financial crisis. It features profound background research and several interviews with insiders of the financial world, academics and politicians. Matt Damon supported the documentary as narrator. 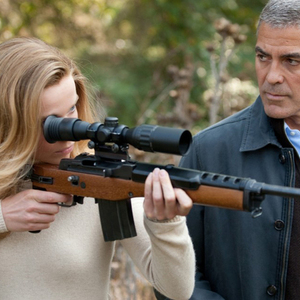 FILM REVIEW Pretty but lacking in substance and suspense

<i>The American</i> is Dutch director Anton Corbijn’s movie adaptation of the 1990 thriller <i>A Very Private Gentleman</i> by British novelist Martin Booth. George Clooney stars as the main character Jack, an assassin hiding in the Italian countryside after someone attempts to kill him. 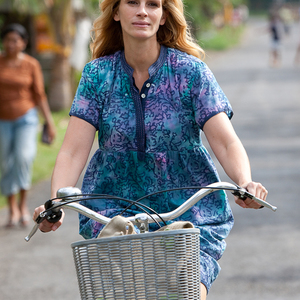 <i>Eat Pray Love</i> is a movie adaptation of the bestselling memoir by Elizabeth Gilbert of the same title. It’s a story of overcoming a life crisis and finding personal balance again.