Award tries to make stars out of scientists

Movie stars. Red carpet. Awards. It's a familiar script. Except that the event here Sunday night was far from New York and Hollywood, and the boldfaced names were gathered not to celebrate movies or music, but life sciences, physics and mathematics.

Willis H. Ware, an electrical engineer who in the late 1940s helped build a machine that would become a blueprint for computer design in the 20th century, and who later played an important role in defining the importance of personal privacy in the information age, died Nov. 22 at his home in Santa Monica, Calif. He was 93. His death was confirmed by his family.

Willis H. Ware SM ’42, an electrical engineer who in the late 1940s helped build a machine that would become a blueprint for computer design in the 20th century, and who later played an important role in defining the importance of personal privacy in the information age, died Nov. 22 at his home in Santa Monica, Calif. He was 93.

A new test for computers: grading essays at college level

Imagine taking a college exam and, instead of handing in a blue book and getting a grade from a professor a few weeks later, clicking the “send” button when you are done and receiving a grade back instantly, your essay scored by a software program. 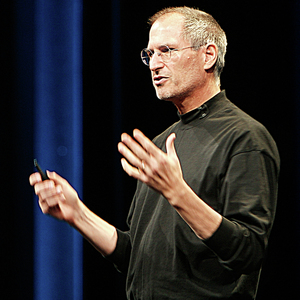 Steven P. Jobs, the visionary co-founder of Apple who helped usher in the era of personal computers and then led a cultural transformation in the way music, movies, and mobile communications were experienced in the digital age, died Wednesday. He was 56.

The line between cyberspace and the physical world is blurring with a new search technology being demonstrated by Autonomy, a British software publisher.

A malicious software program has infected the computers of more than 2,500 corporations around the world, according to NetWitness, a computer network security firm.

<i>SAN FRANCISCO </i>— Google has turned to the National Security Agency for technical assistance to learn more about the computer network attackers who breached the company’s cybersecurity defenses last year, a person with direct knowledge of the agreement said Thursday.

A group of researchers at the Massachusetts Institute of Technology edged out about 4,300 other teams on Saturday in a Pentagon-sponsored contest to correctly identify the location of 10 red balloons distributed around the United States.

Federal Ruling Is Major Victory For Supporters of Free Software

Oliver G. Selfridge ’45, an innovator in early computer science and artificial intelligence, died Wednesday in Boston. He was 82.

Harrison R. Brown ’12, an 18-year-old freshman majoring in mathematics at MIT, didn’t need to do complex calculations to figure out he liked this deal: In exchange for letting researchers track his every move, he receives a free smartphone.

Steven P. Jobs, Apple’s chief executive, took several big gambles on Tuesday, betting that he could repeat his success in selling digital music by convincing Hollywood to allow Apple to rent digital movies, while at the same time returning to his original Macintosh roots with an elegant — but limited — ultralight computer called the MacBook Air.

A frail partnership between Intel and the One Laptop Per Child educational computing group was undone last month in part by an Intel saleswoman: She tried to persuade a Peruvian official to drop the country’s commitment to buy a quarter-million of the organization’s laptops in favor of Intel PCs.

Twenty-five years ago Steven T. Kirsch ’80, built a better mouse. Now he believes he has found a way to create a better trap — for spam, not mice — if he has enough time to finish his project.