The UA Finance Board’s IAP/Spring 2011 budget allocation for student groups increased 37 percent from 2010. This increase is not due to more available funds but owes to a larger over-allocation percentage in the Finboard budget. The over-allocation percentage, which is the percent Finboard gives over its available funds in the apprehension that some will not be spent, was previously set at 10 percent during the 2009-2010 year. It rose to 30 percent in Fall 2010 and then to 40 percent in Spring 2011. 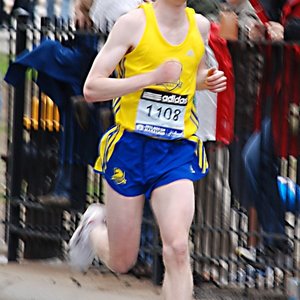 Running in line with the 114 year-old Patriots’ Day tradition, pools of runners filled the intersection of Grove St. and West Main in Hopkinton this past Monday, tightening their laces and assuming their positions, to commence this year’s annual 26.2 mile Boston Marathon.

An MIT group wants to erect a wind turbine on one of the west campus sports fields.

Lerman to leave MIT for GWU in July

Vice Chancellor and Dean of Graduate Education Steven R. Lerman ’72 has announced that he will be leaving MIT to serve as provost of George Washington University, starting July 1. 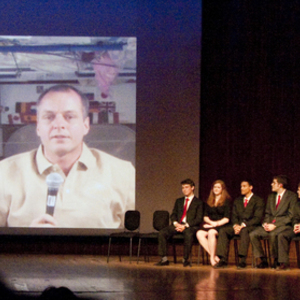 Space is Rat’s next frontier

In honor of the 40th anniversary of Apollo 11, the Brass Rat has gone to space. Last Friday’s space-themed Ring Premiere featured a special message from astronaut Timothy J. Creamer MS ’92, who brought the 2012 class ring up with him to the International Space Station. Despite concerns that the leak of the Brass Rat designs on Sunday would dampen excitement over Ring Premiere, over 800 sophomores attended the event in Kresge Auditorium.

In an e-mail sent out to campus, the fictitious Professor-Who-Probably-Should-Not-Be-Named announced to students the commencement of the iconic 6.370 BattleCode competition, which took place last Saturday in Kresge at 7 p.m.

Despite changes to the Technology Enhanced Active Learning (TEAL) format — including optional problem sets — last semester’s failure rate for 8.01 (Physics I) was equivalent to that of last year’s 8.01 class, according to course administrator Thomas J. Greytak ’63. Eleven percent of 8.01 students received either a D or F grade last semester. Significant changes to the course included new in-class, hands-on demonstrations in addition to existing weekly experiments and making problem sets optional.