From mutual selection to mutual exclusion

Instead of retreating into the comfort of their bubbles, people are taking action. They have realized that although Trump may be the nominal leader of the country, he is not their leader.

Earlier this week, members of the MIT community found in their inboxes an email from Chancellor Barnhart. Immediately beneath the ominous subject line of “Alcohol abuse, illegal drugs and our community” were the expected exhortations against binge drinking and drug use. This time, however, these words came backed by evidence. To quote the email, “The results of the 2015 Healthy Minds Study and 2014 Community Attitudes on Sexual Assault survey show the direct — and negative — links between substance abuse and student health and safety.” Included helpfully were also hyperlinks to these two studies, as well as one to the MIT “Statement on Drug-free Campus and Workplace Policies,” which contains, among other things, a list of “selected drugs and their effects.” In short, a bevy of material to support a seemingly obvious claim. 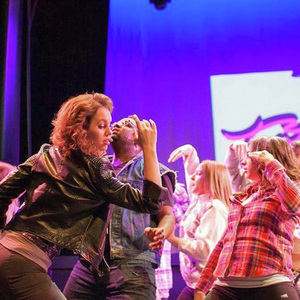 Footloose hits the stage at Berklee

Some films are met with lukewarm welcomes when they hit the screen, only to go on to serve as snapshots of the eras in which they were made. I’ve always considered Footloose (1984) to be one of these ugly ducklings that are met with initial flurries of derision, yet mellow with time and nostalgia into appreciable works. For it in particular, this transformation has largely been possible because of its uniqueness as a film — not because of the acting or directing, but rather because of the music. The plot tells the tale of a dance-happy teenage boy from Chicago by the name of Ren McCormack, who moves to a small, much less excitable town where dancing and rock and roll have been banned under the orders of local minister Rev. Shaw Moore, who is still traumatized by the long past death of his son and three others in an alcohol and party-related car accident. After some clashes with the town’s rather puritanical adults and falling in love with the preacher’s rebellious daughter, Ren manages to convince the minister to allow for prom to be held, albeit outside of town limits. Cue dancing, and credits roll to music from the 1980s. 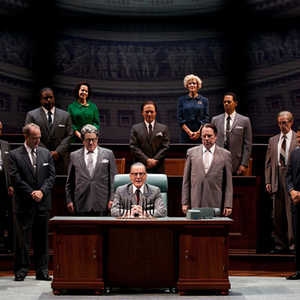 Take the T to Harvard Square, walk down Brattle Street just far enough to escape the loud bustle of tourists, and you will find yourself at the Loeb Drama Center, home to the American Repertory Theater (A.R.T.). It’s difficult to imagine that such a star-struck theatre could exist on such a quiet street, but the building — a typical example of modern architecture, and easily overlooked — has housed many well-known names and acclaimed performances. Zachary Quinto played Tom in a staging of The Glass Menagerie that ran this April and March; in June, the A.R.T.’s production of Pippin claimed ten nominations and four wins at the 2013 Tony Awards. And on Sept. 20, I had the opportunity to view a play of similar casting and literary caliber: All The Way, written by Pulitzer-Prize winning playwright Robert Schenkkan, and starring Bryan Cranston of Breaking Bad fame.

The MIT Center for International Studies hosted a panel on Wednesday to discuss the recent developments in the Syrian conflict as part of its Starr Forum series of public events. The talk was held in the Bartos Theater of the MIT Media Lab and moderated by John Tirman, executive director of the Center for International Studies. It focused mainly on the use of chemical weapons that occurred on Aug. 21 and the Obama Administration’s call for military action in the wake of the attacks.