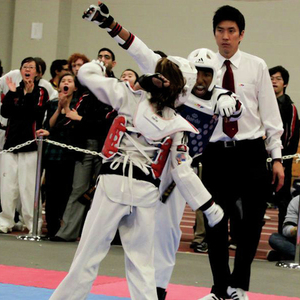 The National Taekwondo Collegiate Championships were hosted by MIT Sport Taekwondo on April 7 and 8 with a record breaking 601 competitors. Although it was a difficult task to organize such a large tournament, the team, led by head coach Dan Chuang and captains Seth “Matt” Weinberg G, Erika Lee ’12, and Tara P. Sarathi ’12, had a strong showing and received second in the novice and championship divisions, as well as second place overall with a total of 49 points.