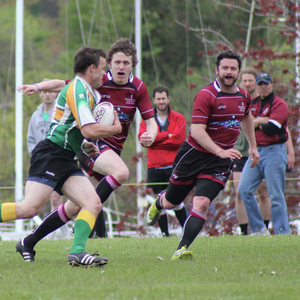 Going 5-1 in the regular fall season and 8-1 in the spring, the MIT Men’s Rugby team took its awesome streak one step further by winning the Division III Championship at the North East Rugby Football Union Cup Tournament. MIT went down to the tournament in Newport, R.I. on May 14 as the second seed in their division. In the first match the Engineers overtook the division’s third seed team, Springfield, scoring and converting tries throughout the game. Despite 10 points being awarded to and earned by Springfield as the result of MIT penalties, MIT won the match 29-10. 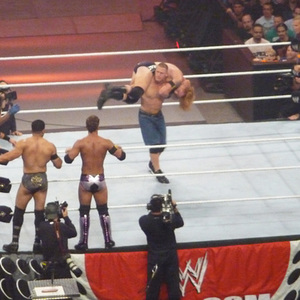 Sure it’s fake, but does it have to be boring too?

Boom! TD Bank Garden erupted in cheers as the lights went down and pyrotechnics fired off on Monday night. “Sports” entertainment company World Wrestling Entertainment aired their 900th episode of Monday Night RAW. Since its debut 17 years ago on January 11, 1993, the WWE has produced the most episodes in the history of primetime TV. In fact according to a fun fact displayed during a commercial break, if MTV’s Jersey Shore continues to run at its current rate, it will reach its 900th episode in 2083 when Snooki is 96 which is older than Betty White’s current age. 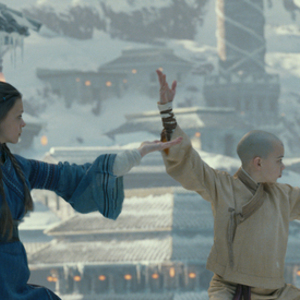 As fans of the animated series the movie is based on, and as human beings in general, watching <i>The Last Airbender</i> was a painful experience. Fans will mourn the film’s lack of resemblance to the original; everyone else will mourn the ghost of M. Night Shyamalan’s storytelling ability.