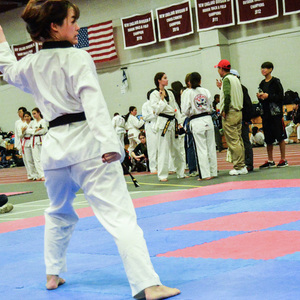 Oct. 20 marked the beginning of the Eastern Collegiate Taekwondo Conference (ECTC) competitions for the year, and MIT hosted the first tournament of the season. With almost 400 participants from schools such as Yale, Cortland, Princeton, and West Point Academy, this was the biggest taekwondo event at MIT. After a series of tough matches that proved over and over the attitude of all the members of the team, MIT finished in second place, after Cornell and before Princeton.